There are six systemic problems in our battle against COVID-19: Bibek Debroy

These are trying times. These are tragic times. We have lost close friends and acquaintances. With more than 400 deaths a day in Delhi, I do not know of a single household that has not been touched by infection, though not necessarily death. Death rates are low, though that is a function of how good the testing data are. Less than 10 per cent should require hospitalisation, though that is a function of age and co-morbidities. My family has been infected. Office staff has been infected. Servants and their families have been infected. No one required hospitalisation and everyone has survived. All of us have been fortunate.

Based on experiences of what one can call extended family, here are some observations. (a) No matter how much care is taken, no one is immune. With a positivity rate that had shot up to 40 per cent (it has now declined), it cannot be otherwise. (b) Across that spectrum of extended family, some had two doses of vaccine, some a single dose, some none. Vaccination is no guarantee the virus will not strike, though it palpably reduces severity. 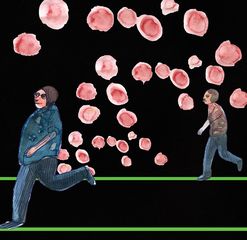 (c) Symptoms surface, or sometimes they do not until later. You do not know if it is Covid-19. You need to get a test done. The rapid test is unreliable, so it is RT-PCR. But depending on which slice of society you belong to, it can be anything up to four days before you can actually schedule a test and get the test report. We know about false positives and false negatives. Nevertheless, false negatives in RT-PCR tests seem to be increasing, perhaps because of new variants of the virus.

Meanwhile, while waiting for test reports, or because of a negative RT-PCR, what do you do and who treats you? There was a silo (broken down now) between Covid hospitals (nursing homes) and non-Covid hospitals.  Perhaps you need a CT scan or an X-ray. Where do you go? In that critical period of four days, as a patient, you have no existence.

(d) As polar opposites, at one end, there used to be a GP (general practitioner) system, where everyone had access to some kind of family doctor. At the other extreme, there is the hospital-driven system, and we have gradually moved from the former to the latter.  However, if you belong to better off sections of society, you still have access to a doctor, through tele-consultation, not physical presence. For less privileged sections, it is either hospitals/nursing homes/health centres, or physical interaction with a doctor. The tele or digital mode does not work. In that extended family, I ended up as a via media for consultations.

(e) Unless there is something drastically wrong, the basic template of treatment is known.  But pulse oximeters, ivermectin or budesonide are difficult to get. Chemists will insist on physical prescriptions. With a shortage, exorbitant prices will be paid, not to forget fake and sub-standard drugs. (We will temporarily be outraged over fake remdesivir.) Therefore, regardless of slice of society, everyone will want admission into a hospital/nursing home. The really affluent will convert their homes into mini hospitals, with in-house oxygen concentrators and other equipment.

(f) When a family member is tested positive, there will be an issue of isolation and preventing spread. As soon as I tested positive, I received a call from the Delhi government—courtesy Aarogya Setu, age and co-morbidities—asking me to fill up a form, counter-signed by a doctor, certifying I was fit for home isolation. The extended family received no such call and no such offer of home isolation. All known systemic problems—aggravated by numbers.