The fault in our lands

A film titled Kaagaz was released in 2021. It is based on travails of Lal Bihari, who was alive but was declared dead in land records. Legally dead, he struggled to prove he was alive. Problems of the living dead are not specific to India. In France, Jeanne Pouchain is alive but has been declared dead by the courts. She too is struggling to prove she is alive. Pouchain’s case was not about land, but Lal Bihari’s was.

Land markets must become efficient, not merely because this contributes to growth, but because its absence is not fair to citizens, especially the poor. There are estimates that two-thirds of civil cases in India are due to land or property-related disputes. There are many reasons for land-related disputes; the multiplicity of laws and their mutual inconsistency being one, plus expected delays as a case winds its way through courts. As a slice of that bigger problem, we do not have clear titles to land.

Clear land titling enables individuals (households) to get formal titles, clean up land markets, establish the security of tenure and use the land as collateral. This is the kind of idea associated with Hernando de Soto, especially his 2000 book, The Mystery of Capital, though I have been more fascinated with his earlier one, The Other Path (1989). India had its advocate in D.C. Wadhwa from Gokhale Institute of Politics and Economics, identified more with his work on re-promulgation of ordinances.

Anyone familiar with land knows the crux of the problem. If I pay land revenue, that is no guarantee I own the land. A record-of-rights can be challenged in a court or tribunal. A modern system must have conclusive titles so that the Lal Bihari-kind of issue does not recur. Indeed, I have a friend who is a noted academic. He fled abroad because his ancestral land and consequent ownership disputes led to murder attempts against him. In a modern system, a single agency must handle land records. Land records must have what is called the “mirror” principle. That is, land records must reflect reality, which requires updated surveys/resurveys, and we have a problem if a state government abolishes land revenue, as West Bengal did recently. 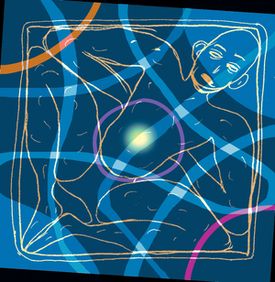 Land records must also have what is called the “curtain” principle. That is, the mutation is automatic and there is no need to probe past land transactions. The title is proof of ownership and that plot of land can be given a unique identity, something akin to an Aadhaar number for individuals.

That is the background for Uttar Pradesh government’s recent announcement that each plot of land will be given a unique 16-digit number. Also, a modern land system can have a system of title insurance. Getting there will take time, but the terminal goal remains that, articulated in a 2014 government committee’s report. Since 2008, there has been a National Land Records Modernisation Programme (NLRM) and the dashboard shows different states are in different stages of progress on computerisation of land records, map digitisation, modern record rooms and surveys/resurveys. Svamitva is a similar idea, catering to a different slice.

All too often, reforms come up against the brick wall of land records not being clean. But reforms are not a binary of all or none. While we clean up unclean records, why can’t clear titles be given to clean records? For instance, in many urban areas, records will be clean, especially in greenfield projects or government-held land. The pilots undertaken, not just in urban India, reflect this welcome idea. If one considers any state’s land laws, on the rural side, we have a maze, inherited from colonial times. This, too, needs cleaning.