The series The Queen’s Gambit has reportedly triggered increased interest in chess, with sales of chess sets and online participation in games shooting up, partly thanks to Covid-19. The Queen’s Gambit is fictional and is about Beth Harmon, who goes on to defeat the world chess champion. Though fictional, she has become an icon, stimulating interest in the game, much as Bobby Fischer did in his time, or perhaps Susan Polgar a bit later.

In any sport, or any sphere of human activity, icons and role models have this catalytic effect. Going by FIDE’s (International Chess Federation) ratings or titles like Grandmaster and International Master, India has plenty of depth in chess today, perhaps just behind Russia, the United States and China, though that also depends on whether we have men or women in mind. If one asks India’s younger chess players, the almost certain icon will be Viswanathan Anand, India’s first Grandmaster and world champion in different formats. As Indians, I do not think we preserve our history and chronicle our legacy particularly well. This applies to chess, too. Who was there before Anand?

Some old-timers may remember Manuel Aaron, India’s only International Master for years. When I was a kid and learnt chess, there was something known as an Indian system, with rules slightly different from what was then known as the international system, now the standard. For example, pawns on the second rank could only move one square. There was no castling, but the king had a knight’s leap, once in the game. Therefore, you moved up the king’s knight’s pawn, moved the bishop there (known as the fianchetto) and tucked the king in with that knight’s leap. The Indian system led to relatively closed positions, where you valued a knight more than a bishop. You also attacked the centre from a distance, instead of directly with pawns. 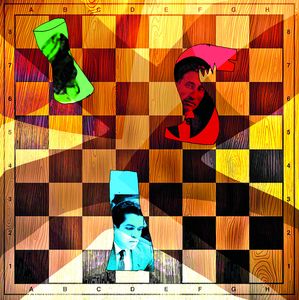 Aaron was never in the Anand league. But the 1960s and 1970s belonged to him and it is he who (through chess federations) spearheaded the switch from Indian to international. Even old-timers may not remember Mian Sultan Khan, born in what is now Pakistan. Between 1929 and 1933, he arrived at the chess scene like a meteor, before vanishing to tend to his farms. In those five years, he was among the top 10 chess players in the world, and in 1930, defeated Jose Raul Capablanca, who had been world champion a few years earlier. Chess historians know this.

How many remember Mahesh Chandra Bannerjee? We are in the 1850s now. There were no official world champions before Wilhelm Steinitz in 1886. Between 1843 and 1851, the unofficial world champion was Howard Staunton. Staunton was John Cochrane’s protégé; within Britain, Cochrane was the second best player, after Staunton. Because of professional reasons, Cochrane spent a lot of time in India, mostly in Kolkata. When he looked around for a good player to play chess with, he discovered Mahesh Chandra, from a village in Hooghly.

Post classical era of swashbuckling chess, “modern” chess theories talk about attacking from a distance, with defences (and attacks) like King’s Indian, Queen’s Indian and Grunfeld. They involve a fianchettoed bishop, explaining the adjective “Indian”. Much before they were rediscovered, these figured in games played by Mahesh Chandra against Cochrane, though they were routine in Indian systems. And yes, Mahesh Chandra, a bit of a swashbuckler, defeated Cochrane on numerous occasions. In the current crop of Indian chess players, I suspect only a few have heard of Mahesh Chandra, Sultan Khan or Aaron.