The tangle of taxes

Should one use tax policy to address concerns about equity, tax the rich relatively more and redistribute income from the rich to the poor? Most people will say yes. Indeed, this is one of the principles behind taxation, though equity concerns are often better addressed through instruments other than tax policy.

Should one use indirect tax policy to address concerns about equity? For direct taxes, it is natural to have a progressive system; higher tax rates for the relatively rich. One should hesitate before answering yes to the second question. But most people do not hesitate. A higher tax rate for high-end cars, compared with bicycles, sounds like an eminently sensible idea. How will this work? Ex-show room, car prices can range from just under Rs3 lakh to just under Rs3 crore. Following the logic of the eminently sensible idea, we should not tax them at the same rate. We should have one rate for cars under Rs5 lakh, another for cars around Rs10 lakh, another for those between Rs25 lakh and Rs50 lakh and so on. We will quibble about what kind of car a “middle class” household buys. We will quibble about what happens at the border, with one rate for below Rs20 lakh and another for more. Will manufacturers indulge in what has been called the Bata syndrome, pricing at some value that ends in ninety-nine? 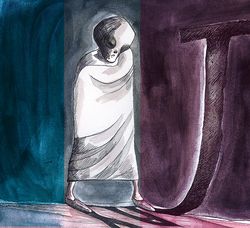 It gets worse. How will we tax motorcycles and scooters, based on prices ranging from Rs50,000 to Rs50 lakh? Most of us smiled when we read a news report about a Karnataka ruling on the difference between a roti and a parotta. The question to ask is, why did this ruling become necessary? It was necessary because parottas have a GST rate of 18 per cent, while rotis have 5 per cent. Think about the following weighty matters. Is green coconut a fruit or a vegetable? Is Parachute oil, occasionally used for hair, too, “coconut oil” or “hair oil”? Is Lal Dant Manjan toothpowder or a medicinal product? Is McDonalds’ McSwirl ice-cream or a dairy product? Is Scrabble a game or a puzzle? We had differences in tax rates. That led to litigation, disputes and judgements. Every question I have just mentioned is rhetorical. They have been addressed by courts, including the highest court of the land.

Indeed, the issue of the coconut led to a split decision in the Supreme Court. For indirect taxes, unlike direct taxes, what the heart suggests as an eminently sensible idea is fraught with problems. Indirect taxes should not be used to address questions of equity. Such complications enrich chartered accountants and lawyers, and feed into tax terrorism. They increase tax compliance costs.

I was once told an anecdote about pre-1991 India, circa mid-1980s. I cannot vouch for its veracity. Apparently, a large number of washing machines, at that time perceived as item of elitist consumption, were being sold in Punjab (much more than in other parts of the country). Investigations revealed these were being used for making lassi, not washing clothes.

I think this anecdote has a message. Perceptions of elitism can be wrong. I used the sentence “we had differences in tax rates”. I should not have used the past tense. We still have differences in tax rates, despite Goods and Services Tax. Other than all products not yet being included in GST, there are too many GST rates. The ideal GST should have a single unified rate. Economists will generally (not always) agree with this. Most others will not. So, we will talk about an ideal with three rates for merit goods, standard products and luxury items, and scratch our heads over which item is what.