A few weeks before Covid-19 stopped the world in its tracks, I went to visit a city I have visited several times. I stayed in a hotel I stayed in earlier. It was not surprising that the lady at the reception counter recognised me and tickled my ego. “Good afternoon, Mr Debroy,” she said. “Welcome back. Can I see some ID?”

I asked her why she needed ID, since she recognised me. It was a facetious question. Of course, she needed ID. Those are the rules. Without ID, I do not legally exist. It is for reasons like this that cases of identity theft become serious.

Most Indians do not have an integrated ID. There is an assorted basket—Aadhaar, PAN, voter’s card, passport, driving licence, SC/ST certificate, bank accounts, ration card and MGNREGA job card. Sure, with Aadhaar, a beginning has been made towards some form of national identity, integrating it with Jan Dhan accounts, direct benefit transfer, pensions, insurance and health care through Ayushman Bharat. But, in a largely informal economy and society, this is by no means complete. 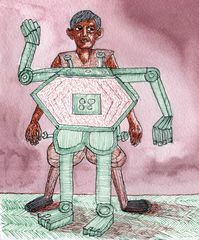 Note that this is about an individual’s identity. In parallel, Union and state government programmes are linked to the Socio Economic Caste Census, with that database used to identify beneficiaries. Let us ignore valid questions about updating SECC and improving its application in urban areas (It is more robust in rural area).

Note that both SECC and MGNREGA are about a household’s identity. The individual and the household need to be matched and it is still a work in progress.

The US is a prime example of how easy it is to migrate from one part of the country to another. That is true of many countries in the west. This is because of portability of identity. In contrast, in India, we are often more concerned with portability of mobile numbers. Lack of portable identity makes it difficult to migrate, and migration is correlated with positive externalities and economic development.

Covid-19 has led to reverse migration. This has once again flagged the lack of portable identity. Had portable identity existed, returning migrants would not have faced problems of accessing government benefits. When the government is asked to do something for returning migrants, this is not an easy knot to unwind. In passing, what about the issue of doing something for farmers? Do we have a unified definition of farmer? Since the definition of farmer is typically linked to land ownership, do we have satisfactory land-titling records?

This is not only about an individual. A similar problem exists for enterprises. When the word enterprise is used, it is often automatically and unnecessarily assumed that the corporate form is contemplated. A small percentage of enterprises have corporate form. There is a definition of Micro, Small and Medium Enterprises. But registration of MSMEs is not mandatory, just as it was not under the old Small Scale Industries system. The MSME Census is old. For what it is worth, more than 95 per cent of MSME enterprises lack legal identity. Forget Companies Act, they are not registered under any law. As is the case with individuals, returning migrants or otherwise. Given that the government would like to do something for MSMEs to counter adverse effects of Covid-19, how does one identify an enterprise? The identity is missing. There are ways to rectify this. For instance, Goods and Services Tax Network numbers can be a starting point. But, in this case, it is not as if this is work in progress. The work is yet to start.

In the west, identity was historically driven by the church, with birth, marriage and death registered in church. An Indian individual (and enterprise) needs portable identity from birth (entry) to death (exit).