A country of the young? Not really

In the 2011 Census, India had a population of almost 121.1 crore. Of this, 29.5 per cent was aged 14 years or less, and the share of this segment has progressively declined across censuses (it was 41.2 per cent in 1971). This is understandable, because the rate of population growth has consistently slowed since 1971, though there are regional variations. Any population number after 2011 is not a firm figure, but an estimate or projection. There will again be firm figures after the 2021 Census. For example, it is estimated that India’s population was 136.6 crore in 2019, and there are projections India will overtake China and become the most populous country in 2027. India’s population will peak at something like 165 crore in 2060, before actually declining. Such large absolute numbers are functions of high growth rates in the past (and lower death rates). 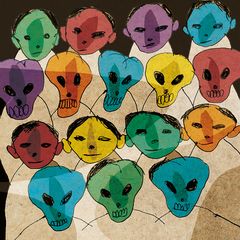 Since we think of India as a country of the young, with a demographic dividend, I do not think this registers. The number of boys and girls is dropping, and this has public policy implications. Yet, except for last year’s (2018-19) Economic Survey, I do not think there has been serious discussion on what this entails. Consider the elementary school-going population. To quote from the survey, “As of 2016, population in the 5-14 age group, which roughly corresponds to the number of elementary school-going children, has already begun declining in India and across all major states except Jammu & Kashmir. Population projections suggest that this trend will continue through 2041. The size of the 5-14 years population will drop sharply in Himachal Pradesh, Uttarakhand, Tamil Nadu, Maharashtra, Punjab, Andhra Pradesh and Karnataka by 2041. Note that it will decline even in the laggard states such as Bihar, Uttar Pradesh, Rajasthan and Madhya Pradesh.” As an example, let us take data from Unified District Information System for Education. Enrolment in primary classes (grades I-V) has actually declined since 2011-12. With a time lag, this has also occurred for enrolment in upper primary classes (grades VI-VIII). Reportedly, some states are worried about this phenomenon. But since these are absolute numbers and not rates, this is inevitable. Population numbers are declining.

We have around 15 lakh schools. When we planned for schools, we expected a certain number of children for enrolment and must now reconcile ourselves to the phenomenon of that number dropping. It is difficult to objectively assess when a school becomes viable, naturally not from a narrow commercial angle. With less than 50 students, I suspect most people will accept a school as unviable. Fewer than 50 students is a fact many elementary schools in Himachal, Uttarakhand, Andhra, Chhattisgarh, Assam, Odisha and Madhya Pradesh are already familiar with, and this trend will intensify. Rationalisation of schools does not mean students will be deprived of access. Some states like Andhra, Goa, Chhattisgarh, Haryana, and Maharashtra have started such rationalisation of small schools. There has been criticism, though the ministry of human resource development has guidelines on how such rationalisation should be done. Those guidelines are in the context of the Right to Education and Sarva Shiksha Abhiyan, contributing to excess supply of schools. But there is also reduced demand.