Two-thirds of backlog of judicial cases are criminal cases, typically concentrated in lower courts. To speed up dispute resolution and make the legal system credible, we need to fix this. While there are several angles to solving the problem, one cannot get away from Indian Penal Code (IPC) and Criminal Procedure Code (CrPC). The former is from 1860, the latter from 1973. It is not as if IPC has not been amended. But those amendments have amounted to tinkering with this section or that.

Usually, most people tend to think of specific sections of IPC, such as section 377 (unnatural offences) or 497 (adultery). A “crime” is defined through a specific piece of legislation. What is crime in one country may, or may not, be crime in another. In India, crime is defined through IPC or what are called special and local laws (SLL), though there may be criminal provisions in other statutes too (laws on drugs, excise, gambling are instances of SLL.) Over time, in the same country, notions of crime also change. That is precisely what has happened with sections 377 and 497. 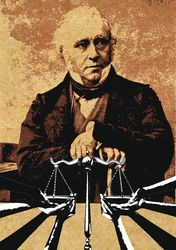 “Whoever wages war against the government of any Asiatic power in alliance or at peace with the government of India or attempts to wage such war, or abets the waging of such war, shall be punished with imprisonment for life, to which fine may be added, or with imprisonment of either description for a term which may extend to seven years, to which fine may be added, or with fine.” Other than lawyers, most people will be unfamiliar with this. This is section 125 from IPC. I do not know what an “Asiatic power” is. Nor am I aware of any case where section 125 has been invoked.

Thomas Babington Macaulay is often abused for his “Minute on Education”. Sometimes, his poem Horatius is quoted. Rarely, is he given the credit for drafting IPC, quite a phenomenal task then. However, section 125 is not Macaulay’s doing. Macaulay chaired the first law commission. The others members were J. M. Macleod, G.W. Anderson and F. Millet. They drafted the Penal Code of 1837.

Macaulay sought precision. He did not want to leave anything to judicial interpretation. His letter to the governor general on October 14, 1837, states this clearly. That is the reason IPC is littered with illustrations, to make the meaning clear. “Asiatic Power” was not Macaulay’s doing. Section 125, or its counterpart, does not exist in the draft Penal Code of 1837. Nor is there the equivalent of sections 377 or 497.

IPC is only part Macaulay. In 1847, there were further additions to the draft, with additional offences included. By then, Macaulay had left for England and I think this was the work of law commissioners C.H. Cameron and D. Elliott. Those who drafted such sections lacked Macaulay’s penchant for precision. After some more polishing and redrafting, we had IPC from 1860, enforced from 1862.

Quite often, legislative drafting lacks precision, leaving ambiguity in interpretation. This leads to court cases. So far, amendments to IPC have been piece-meal. The 2003 Justice V. S. Malimath Committee on reforms in criminal justice and the 2007 Madhava Menon Committee on criminal justice also looked at specific IPC sections, partly because their canvas was the broader one of criminal justice. It has been reported that the home ministry will take a relook at IPC and CrPC. One hopes this does not mean amending sections. Instead, for IPC, one should do what the Macaulay-led first law commission had done. Start from first principles and ask, what should be a crime against society (as opposed to civil suits). And strive for precise language.