The law of unintended consequences says that an action leads to unanticipated consequences. These consequences can be positive and negative. For example, someone objects to a film, complaining that something has been depicted inappropriately. The consequent controversy (assuming the controversy was not deliberately created) leads to more people watching the film. The exact opposite of the intention. The original action may be by an individual, or by the government.

Let us take a couple of actions by the government, where one empirically found perverse consequences. Safety measures (like helmets) for automobiles resulted in people taking more risks. Air bags led to children being placed in rear seats and an increased number of children being left unattended (sometimes leading to deaths). 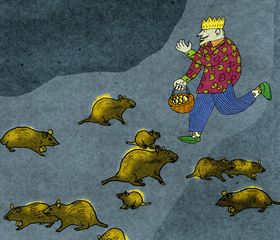 Specifically, economists sometimes use the expression “Cobra effect”. The thrust of the argument is that government action (executive, legislative or judicial) leads to consequences that are the exact opposite of what was intended. Therefore, governments should tread carefully and intervene only when absolutely necessary.

The “Cobra effect” expression is used indiscriminately, but there is little historical evidence to establish the apocryphal story, describing events that occurred in colonial Delhi. The story goes that there were too many cobras in Delhi and the British were scared. Therefore, colonial administration announced a bounty on cobras, that is, cobra skins. Money was offered for every cobra skin brought to the administration. But residents started farming cobras. Meanwhile, the administration did not know what to do with these cobra skins and suddenly scrapped the bounty. What would residents now do with the farmed cobras? They released them in Delhi. Instead of reducing cobras, the scheme led to an increase in the population of cobras. As I said, I have not seen anything to suggest this incident ever occurred, though it is a wonderful story.

However, the story about rats and their tails is true. It was discovered by Michael Vann, who teaches in California State University. Vann and Liz Clarke have authored a book titled The Great Hanoi Rat Hunt. Vann is a historian who specialises in French colonial history. While pursuing his dissertation, in colonial archives in Aix-en-Provence, he discovered a file titled “Destruction of Hazardous Animals: Rats” and the story emerged.

In 1880s, the French progressively gained control over Indochina (Vietnam, Cambodia and Laos) and Hanoi became the capital. Joseph Athanase Doumer or Paul Doumer, the French president who was assassinated in 1932, became governor general of Indochina in 1897. Under him, Hanoi was envisioned as a model city, with a spectacular French Quarter. Underground sewers—19km in aggregate—were constructed. Rats thrived in the sewers in the absence of natural predators. A pair of rats breeds five times a year and an average litter has seven to 14 young. In 1890s, bacillus bubonic plague was discovered. It was learned that fleas carried the bacillus from infected rats to humans.

The administration was worried and employed rat-catchers. In 1902, they were paid one cent per dead rat. (This became two cents in 1902 and four cents in 1904.) By June 1902, professional rat-catchers were killing 10,000 rats a day, sometimes even 20,000. But, since rats bred fast, they were everywhere. A scheme was now announced for citizens. The government would pay them one cent per dead rat—only if they produced the rat’s tail as proof. Citizens responded by cutting off the tails and releasing the rats alive. There was an incentive in allowing rats to breed. The more rats there were, the more tails. Some citizens started to farm rats, too. When the bounty scheme was scrapped, Hanoi had more rats than when it began.