Joshimath is not Greater Kailash

It is too late to save Joshimath, but other hill-towns are showing signs of breakage

In 2021, I was driving through Uttarakhand to report on the avalanche and deluge triggered by a glacial burst. I was shocked at what I saw—rampant construction, mountains stripped of green cover, clouds of dust and soot rising from the sites of infra-projects every few kilometres. It took us 22 hours to reach the Tapovan-Vishnugad hydroelectric power project site, where hundreds of workers were trapped inside the tunnel. Another hydroelectric project site at Rishiganga had collapsed under the force of the floods.

I stood with desperate families in the cover of darkness, as they waited for some news of their husbands, sons and brothers from inside the tunnel. This was February. But even three months later, in May, rescue teams had been able to recover only 83 bodies and “36 body parts”. Many others remained missing.

Is the cost of human life really so paltry that we are staring at a catastrophe yet again in the hill state? Joshimath—one of the most revered pilgrimage towns of India—is sinking, and geologist S.P. Sati told me, “Nothing and no one can save it now. Aag lagne ke baad, kuan nahin khotde (You can’t go looking for water after the fire has already started).” 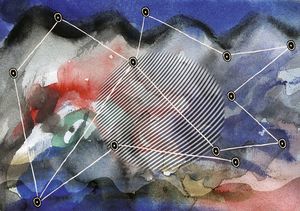 The fragile Himalayas have been pushed beyond capacity despite environmentalists arguing against mega infrastructure projects like the one at Tapovan. Started in 2006, it was meant to be completed by 2013. A decade later, it remains incomplete.

Worse, even warnings by the National Disaster Management Authority (NDMA) have been ignored. A report by the NDMA that studied the impact of the Chamoli disaster of 2021 emphasised the need to find alternative sources of energy in “environmentally fragile” zones like Uttarakhand. Released as recently as the summer of 2022, it warned against large-scale hydroelectric plants that continue to be the policy of successive governments. It also called out the failure of infrastructure companies to put in place early warning systems at projects such as the Tapovan one. The NDMA also questioned the district disaster management plan for not being able to “cover the climate change-related risks and the impacts of developmental activities, infrastructure, environmental changes, houses/buildings and deforestation”.

Obviously no one paid attention. Neither the loss of lives nor the wisdom of experts has been able to shift the callous casualness with which every calamity is moved on from.

Even today experts are lamenting the one-size-fits-all growth model that is being force-fitted onto the Himalayas, again, across all governments. They are urging the government to scrap the Tapovan-Vishnugad project, asking why it was cleared at all. The idea of ‘Big is Beautiful’ is a flawed one when it comes to an already damaged ecosystem. As Sunita Narain, one of the country’s leading environmentalists, told me, “the Himalayas cannot be treated as if they are a parking lot in Greater Kailash,” referring to a tony neighborhood in Delhi that has been increasingly commercialised and built-up over the years.

It is too late to save Joshimath. But other hill-towns are showing serious signs of breakage. From areas in and around Rishikesh to Uttarkashi, the walls are heaving under cracks. Despite a government order calling for an interim halt to all construction activity, there is work taking place on rail lines near Atali and road construction near Joshimath.

It is as if we have a death wish when it comes to Uttarakhand.

That, or a self-destruct button.