Why are courts so soft on rapists?

Rape and sexual assault are crimes where leniency is generous

Before the Nirbhaya gang-rape, there was the Chhawla case. It was in the same year of 2012, in February, many months before the Delhi gang-rape that brought a country onto the streets.

A 19-year-old, the daughter of a security guard, was pulled into a moving car and raped and killed on her way back from work. Much like Nirbhaya, in this sexual assault, too, car parts, glass bottles and metal were used to attack and violate her. The men, in this case, were known to her; one was reported to be especially outraged that she had dared to spurn his interest. Her mutilated and decomposed body was found later in Haryana.

Her parents fought a long and lonely battle for justice. The men were put on death row and the High Court called them predators and trained bloodhounds.

These men, much like the convicts in the Bilkis Bano gang-rape case, are now free. 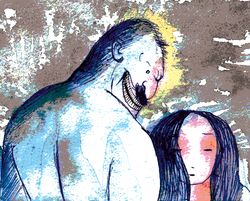 Unlike in the Bano case, where the guilt of the rapists was never questioned; here the men have actually been acquitted on the grounds that prosecution had failed to follow process and had taken far too many shortcuts. They could not, the judges ruled, prove guilt beyond a reasonable doubt.

The Supreme Court may have gone by the book when it decided on their release. But what really stays with people—especially women—is the image of the devastated parents, hunched over in helpless tears on the lawns of the Supreme Court. They say, after this sudden turn, they have lost the will to live. The prosecution’s failure cannot be the victim’s punishment. But that is precisely what has happened here. That a young woman was sexually abused and murdered is not in doubt. And, yet, think for a moment of the despair of the parents, who believe they are in this situation only because they are poor.

In the same week the Madhya Pradesh High Court suspended the 25 years of rigorous imprisonment sentence to a gang-rape convict. The reason? That he had already spent close to six years in jail and there was no likelihood of an early hearing of his appeal.

Once again the slow-moving wheels of justice—certainly not something the rape survivor or victim should be answerable for—effectively meant that six years was considered time enough for the convict.

All three cases—Bilkis Bano, Chhawla and MP—reflect an underlying prejudice. That rape and sexual assault are crimes where leniency is generous. For courts that often put complex or sensitive cases on the back-burner, and where hearings for closure and justice usually move at a snail’s pace. This is nothing but the trivialisation of sexual violence and of the gravity it deserves in response. It is the same mindset that has, on occasion, made judges suggest that rapists marry the women they have assaulted. We have seen this suggestion made by no less than a chief justice at one point, who advised, in open court, that this would be one way of staying out of jail.

Such judgements have been delivered by both men and women.

And the Supreme Court may do well to explain this thinking—and the spate of recent acquittals of rape convicts—to the public at large.

Else, these are developments that would discourage other women from pursuing justice in instances of sexual abuse and violence.

And it would mean that after Nirbhaya, nothing—or precious little—has actually changed.