Why is India still a member of the Commonwealth: Barkha Dutt

We can't be part of colonial forum and demand compensation for the past, she says

It is perfectly possible to hate the idea of a monarchy and still have a sneaking admiration for Queen Elizabeth II. Much has been said about the duty-oriented devotion of a woman whose tenure spanned 15 prime ministers, from Winston Churchill to Liz Truss.

But for us in post-colonial India, Elizabeth’s passing throws up an interesting crossroads question: Why are we still a member of the Commonwealth?

On December 13, 1946, Jawaharlal Nehru moved a resolution that “free India can be nothing but a Republic”. Though we mark our independence day on August 15, 1947, up until 1950 we continued to have dominion status within the British empire. That is to say we were autonomous but owed loyalty to the Crown. King George VI was still emperor; Mountbatten was independent India’s Governor General. It was not till 1950 (1956 for Pakistan) that we became truly free from the imperialists with the President replacing the monarch as the head of the Indian state. 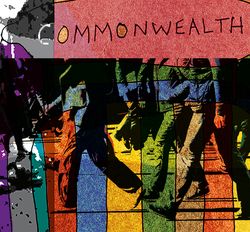 Ironically, the same Nehru who had vehemently made the case for being a republic—unlike Canada, New Zealand and Australia that till this day remain dominions of the British Empire—also advocated in 1949 for India to remain a part of the Commonwealth. In 2021, Barbados did what India did decades ago; it parted ways with the Queen but continued to be a Commonwealth nation.

Even if there were once compelling pragmatic reasons for a young nation to maintain a close relationship with the UK and hence the Commonwealth membership was purely tactical, how can we continue justifying the membership of a group rooted in the history of the empire?

Unlike other alignments of countries, there is nothing that binds the 54-member Commonwealth except for the shared past of British colonisation. We may not pay much attention to this inconvenient truth as we cheer on our athletes at the Commonwealth Games. But even Ireland quit the British Commonwealth as early as 1949.

Yes, of course, the Commonwealth may not operate today as a British forum. Countries can and do participate as equals. But that does not erase the problematic symbolism that defines it. There have been eminent individuals who have called out continued subliminal imperialism of the entity. Amitav Ghosh, for instance, withdrew his novel from the Commonwealth Literature Prize in 2001 because he would not agree to have The Glass Palace be qualified as ‘Commonwealth literature’. As a young reporter I have received a Commonwealth media award without thinking much beyond the joy of winning it. 2022 calls for all of us to think more deeply.

Erasing imperialist symbols is what drove the government’s decision to rename Delhi’s Rajpath to Kartavyapath. Is there not a contradiction between that and a one-day national mourning for the Queen?

The British owe India reparations—for the Bengal Famine, for Jallianwala Bagh, for uncountable cruelties, for the theft and pillage of India’s wealth and assets. While we should not allow them to whitewash their historical crimes, we cannot continue to be part of a colonial forum and demand compensation for the past.

Let us leave the Commonwealth. Yesterday.