Why isn't there more outrage over release of convicts, asks Barkha Dutt

In 2002, I met Bilkis Bano under a tattered tarpaulin, in pitch darkness, save for the small flicker of a gas lamp, in a relief camp in Godhra. The white plaster of her broken arm—the men who raped her had broken it—gleamed against the black of the night. She spoke softly, with stoicism and a sense of disbelief as she recounted what had been done to her. She knew these men—they were her neighbours; they used to buy milk from her family.

Bilkis Bano was 19 years old—and five months pregnant—when the men lunged for her. They gang-raped her; then they gang-raped her mother, both in the presence of the other. Her two sisters were also raped, she told me. The horror did not end there. As she lay helpless, battered and bleeding on the floor, they took a stone and smashed the head of her infant daughter, Saleha. Bilkis Bano lost 14 members of her family that day. 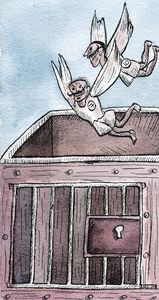 It took Bilkis and her husband, Yakub Rasul, more than 17 years to secure justice. In this time, they had to change homes 20 times, all in fear for their lives. It was not till 2019 that the then Supreme Court chief justice ordered 150 lakh compensation to the family. As Yakub told me, “We had only just started living again.”

The decision by the Gujarat government to release the rapists and child-murderers as part of a special prisoner remission scheme is an outrageous travesty of justice. This summer, the Centre released new guidelines for shortening the sentences of convicted prisoners. But the rules were clear: heinous crimes like rape were excluded from the ambit of this scheme. So, did the Gujarat government contradict the home ministry’s rules? How did this happen? Whose decision was it?

Senior advocate Vrinda Grover argues that despite the Centre’s new guidelines, the law under which the Gujarat government issued an executive order for the release of the 11 convicts—all of whom have spent 14 years in prison, but had been sentenced to a life term—could not have been done without the “mandatory consultation of the Central government”. In other words, the Centre, while officially quiet on the release, cannot pass the buck entirely to the state government.

“Bilkis feels alone,” Yakub told me, vowing to “never give up. I will support her for as long as I live.” The family has shown extraordinary fortitude. It is gut-wrenching to hear Yakub’s voice choke as he says, “All these years we placed our faith in India’s justice system, now we are scared and demoralised.” But why have they been placed in this position at all?

In a country where gangrape is considered a crime horrific enough to merit the ‘rarest of rare’ proviso of capital punishment, was keeping these men in jail for the rest of their lives so difficult?

And where is the outrage we saw during India’s Nirbhaya moment when a 23-year-old medical student was gang-raped in a moving bus?

Otherwise, so many Indians think it is morally justifiable to eliminate rapists in encounters—we speak loosely of chemical castrations and public hangings in drawing room debates and Twitter arguments. Today, confronted with a real-life travesty, why aren’t we more angry?

This is a betrayal of India’s women. And we should all take it personally.