This week India crossed a landmark 200 crore vaccinations against Covid-19—that’s two billion vaccine shots administered in the highest reaches of mountains, in the remote interior forests, across rivers, in scorching heat and bitter cold.

Prime Minister Narendra Modi lauded vaccinators, and, of course, our health workers deserve a special shout-out. Despite the costly delay in the vaccine roll-out ahead of the lethal second wave, once enough vaccines had been purchased, the country demonstrated its ample experience with mass immunisation.

But as the accolades pour in, there is one person who has been vastly under-appreciated—Adar Poonawalla, CEO of the Serum Institute, the manufacturer of Covishield, the Indian name for the AstraZeneca shot. For perspective, close to 90 per cent of Indians have been protected against Covid hospitalisations and mortality by the vaccine manufactured at SII. 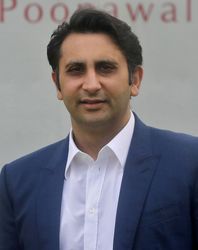 Adar’s father, Cyrus, who ran stud farms before diversifying to vaccines, was honoured with the Padma Bhushan for the institute’s service to the nation, along with Krishna and Suchitra Ella, the promoters of the home-made Covaxin. Oddly, Adar’s name was not on this list of awardees. I really hope the government makes up for the inexplicable omission.

Tying up with AstraZeneca in Oxford and taking on the accompanying risks was very much a passion project for Adar. Today we may want to erase the memories of the cataclysmic Covid years; but for a moment take your mind back to that horrifying and terrifying time when the pandemic had just been unveiled. We did not even know then whether the virus was airborne (as we know now) or if it traveled from surface to surface (remember the early practice of gloves and QR codes)?

It was as early as April 2020 when Poonawala junior took the plunge. While researching the SII Covishield project for my book, Humans of Covid, I learnt much more about the anxieties and pressures that Adar went through to make Covishield a reality for India.

His first task was to convince his father.

“He has never stopped me, but he wasn’t keen to take a chance like this,” Adar told me later, looking back at the audacity of those months.

Cyrus gave his consent, but with a caveat. There was to be a finite budget—no more than $250 million of the company’s resources were to be spent on the bungee jump into the deep end of science. At first, Adar thought it would be more than enough. But within a month of starting the process Adar stopped sleeping at night. He would toss and turn as he did the numbers in his head and slipped into greater and greater panic. “I had made a promise to the world,” Adar told me, “I was worried sick that I was going to fall short.”

As the Covid cases mounted, it was clear that he would need four times the $250 million. The company sold its Praha Vaccines unit in the Czech Republic to American pharmaceutical giant Novavax—$167 million were raised from the deal. But they were still significantly short. “You’re getting in over your head,” Cyrus warned.

Finally, a partnership with Bill Gates enabled the vaccine to go into mass production. Adar merits much greater recognition for his gumption, appetite for risk and for the fact that he literally jumped into the deep waters of the great unknown without so much as a raft.