I was in college when the Babri Masjid was demolished in 1992. I have faint memories of marching down the streets of Delhi in protest against the vigilante violence and triumphalism of the men who took the law into their own hands. And, even L.K Advani, the architect of the Ram Mandir movement, called it one of the saddest days of his life.

Thirty years later, even after the Supreme Court has pronounced that the disputed site at Ayodhya where the Babri mosque stood was indeed the birthplace of Lord Ram, and plans are afoot to build a grand Ram Mandir, the country is again quarrelling over whether a temple stood where the Gyanvapi Masjid does today in Varanasi. 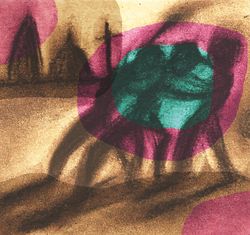 If the Ayodhya verdict was meant to bring closure, the exact opposite appears to have happened, with Mathura and the Krishna Janmabhoomi movement also acquiring new legal momentum. Jurists are quoting the Places of Worship Act, 1991, which seals 1947 as a cut-off point after which the nomenclature of a religious site cannot be changed—temple, mosque or church. Ayodhya was the main exception that the law provided for, and that has been settled.

But the very fact that Justice D.Y. Chandrachud did not invoke the law when the Gyanvapi case came to his bench—sending it back instead for a fast-track hearing to the district court in Varanasi—is proof that this law will not be the necessary guiding principle in this dispute.

Constitutional scholar Faizan Mustafa told me that Indian Muslims “were in danger of repeating [at least] 10 mistakes they made in the Ayodhya case, and the Gyanvapi case is a much weaker case than that was”. Mustafa’s argument is that instead of looking to the judiciary in every such contestation, Muslims and Hindus of Varanasi should settle this among themselves at a community level, without mediation by political parties or lawyers. One way forward, he suggests, is that Gyanvapi makes space for Hindus to offer prayers “silently” in a section of the complex. The petition was first filed by a group of Hindu women who say they have been barred from worshipping their deity at the site.

Indeed, multi-faith sites of worship may be one graceful and equitable method of emerging from the shadows of the past. The country can take inspiration from the sarv dharam sthals of the Indian military, where all faiths pray together and the commanding officer often leads the worshipping congregations of his troops, irrespective of his own faith.

But, then again, context is everything. And, you cannot decontextualise the Gyanvapi battle from the larger sense of siege that the Muslim community must be feeling, given the increased incidents of hate speech, an evident political marginalisation and countless instances of violence that many of their own have been subjected to in recent times.

Religious leaders from both communities have suggested an inter-faith dialogue to create a truth and reconciliation commission. This may reach a final consensus of sorts that, once there is a broad agreement on specific places of worship, history will not be wrenched open with depressing regularity every few years.