The Gandhi family is the problem—the Congress should accept it

Prashant Kishor is a rare political being. While most people talk to journalists off the record about what they really think of their competition or potential allies, “PK” is unique for how much he reveals on record. For instance, well before his 600 “slides for change” blueprint got leaked, he told me in a recent interview about how the Congress could learn from the BJP model of separating who leads the party from who is the prime ministerial candidate. “Even a booth worker can become [party] president, that is the message that goes out when someone like J.P. Nadda leads the BJP,” Kishor said.

He was also matter-of-fact about what made Narendra Modi win again and again—a combination of the cult of personality, nationalism, hindutva and welfarism.

The failure of the Congress to induct Kishor—and worse, admit that it was they who were rejected—is not about whether you are convinced or unconvinced of PK’s political worth. It does not matter whether you are a PK fan or sceptic, those debates will carry on well into 2024. What is indisputable is the tardy, casual and non-serious way the Congress has responded for a party that is in grave danger of being wiped away from the country’s electoral landscape. 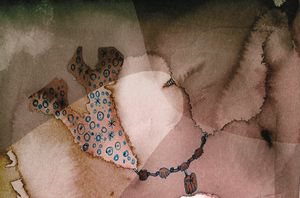 Congress supporters can hardly argue that they did not see merit or value in Prashant Kishor. For, why else, would their leaders spend weeks urging him to become a Congressman. Given that, what can possibly justify their “committee” approach to change?

It is the equivalent of looking for a locksmith when the adversary is about to break down your door.

And, if politics is war, the Congress is betrayed by its generals. The announcement of Kishor’s refusal to join the Congress has to be viewed alongside another fact: both the Gandhi siblings are outside India on personal vacations. Nothing reflects either the denialism or the entitlement of the family leadership as much as sojourns at the most critical time and in face of 24/7 politics from Narendra Modi and Amit Shah. As someone in the PK camp quipped, “it gives a glimpse into what would have happened if he had joined the party. He would have been made the fall guy for failures while the brother and sister holidayed”.

From Prashant Kishor’s perspective the ‘thanks, but no-thanks’, was borne from the appraisal that he would not have a free hand to make any big changes. The setting up of multiple committees reflected what Kishor has described as “incremental change and low-hanging fruit”. Those in the know confirm that the party remained averse to structural changes and the leadership continued to be loath to nip internal bickering in the bud. The results of that infighting were there for everyone to see in the unravelling party campaign in Punjab and the decimation that followed.

Prashant Kishor is right. More than him, the party needs to get over living in the past. It needs to shed its delusional belief that one day, the voter will tire of Modi and fall back to the default party of government, the Congress. And, it needs to accept that the Gandhi family is the problem; not the solution.

Congress leaders have repeatedly described Sonia Gandhi and her children as the glue that binds the party together.

If so, this is the glue that keeps them stuck in the past with no future to speak of.