India’s record-breaking rollout of the new vaccination policy has been the news we have all been waiting for all year. A country scarred by the second wave has nothing but vaccines to prevent it from an imminent third wave. At 86 lakh doses in a single day, India has reminded the world of our vast experience with mass immunisation programmes. That we are good on the logistics side is now established.

But while we all need to feel good and indeed feel better, the early triumphalism that has followed this start is both dangerous and scary. It is frightening because it was exactly this sort of imagined exceptionalism and self-congratulatory messaging that made us vulnerable to the second wave.

The dramatic variations in the numbers also raise some puzzling questions. The most curious has been the performance of Madhya Pradesh that appeared to go from 14,000 vaccine doses to over 16 lakh in three days. On the eve of the big-bang Monday, Madhya Pradesh administered less than 700 doses. On Monday, it soared to 16 lakhs, on Tuesday it fell to under 5,000, only to surge ahead in the lakhs again on Wednesday.

It is not only BJP states that show these crests and troughs. Maharashtra showed a gap of two lakh vaccine doses between June 20 and June 21; Kerala soared from 57,000 doses to over 2.5 lakhs on Monday. It almost appeared as if the states had held back vaccines on Sunday to make Monday a good performer. But then there were also states like Andhra Pradesh that showed the reverse trajectory with 13 lakh doses on Sunday that fell sharply to 49,000 on Monday. 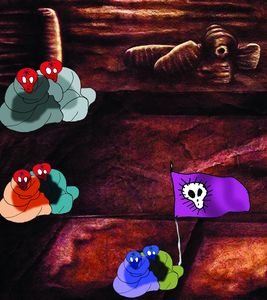 These swings are bound to raise questions around the stability of vaccine supply now that it has been proved that the distribution and administering system works super smoothly. It calls for utmost transparency from the government on data. People already know that there is a shortage of vaccines and should be told the truth about availability levels.

Similarly, transparency was found missing when it came to determining the gap between the two doses of the vaccine. The government has previously pointed out Covishield’s assertion that a prolonged gap between the two doses, accidentally discovered during the trial, was better for efficacy. But all of this was before the lethal Delta variant swept through India. Since then, a UK study shows that a single dose of the AstraZeneca (or Covishield as we know it in India) offers just 33 per cent protection against infection and a little over 70 per cent efficacy against hospitalisation. In other words, two doses are critical and an increased gap could make us more vulnerable. Equally, everyone understands that in a crisis the perfect cannot be the enemy of the good, and so any vaccine rollout must focus on as many people getting one shot as possible. The problem begins when the policy is packaged as led by science rather than the compulsions of the greater good—because science has since changed.

As more vaccines are cleared for use in India and the free vaccines-for-all policy takes shape, it is critical that shortfalls, if any, are explained to the citizenry.