The message is everything

For me, being on the ground in Ladakh this past week felt oddly personal. Twenty-one years ago, in 1999, as a young 20-something reporter, I was there to report on the Kargil War, in what would be the most transformative journalistic experience of my life.

While what has unfolded between India and China—the transgressions, the squatting on Indian territory, the deaths of our soldiers in the line of duty—cannot be literally compared with the vast theatre of conflict in the Kargil War, the sense of deja vu is definitely there, especially as the anniversary of Operation Vijay is around the corner. 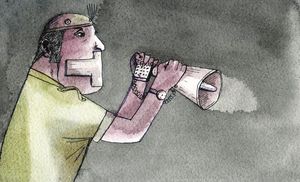 But no matter which way you cut and splice it, and no matter where you stand on the geopolitical handling of China’s expansionism, there is one lesson from Kargil that the government refused to learn—effective strategic communication.

It is quite clear now that our soldiers showed extraordinary heroism even when they were outnumbered by the Chinese in Galwan Valley and brutalised by People’s Liberation Army troops using crude weapons. Yet, instead of simply coming forward and taking the Indian public into confidence, the government tied itself in knots, with opacity, denials and mixed messaging that only hurt India’s narrative and allowed the Chinese to make absurd, tall claims.

Till there was a clarification on his remarks, even the prime minister fumbled on articulation at the all-party meeting. The clarification made it clear that the Chinese transgression had been pushed by Indian troops in Galwan Valley (though it circumvented the issue of Chinese presence in Pangong Tso). But it was more than 12 hours before the government issued the clarificatory statement, and by that time the Chinese were lapping up the domestic divisions and fissures.

In Kargil, by contrast, both the government and the military were able to use the news media as a force multiplier. In Delhi, there were daily briefings conducted jointly by officials of the foreign ministry and the Indian Army. At the frontline, reporters like myself were permitted physical access to the theatre of conflict. The result: India’s first televised war and an outpouring of national solidarity.

Kargil of 1999 was ahead of Ladakh of 2020 in its instinct for communication. Media planners in the A.B. Vajpayee government also understood the cardinal principle of information dissemination. Quite simply, if you do not say something, someone else will. And, where not enough facts are placed in the public domain, the vacuum will be filled with rumours, fake news and WhatsApp forwards masquerading as headlines.

No one is recommending that a roster list of operations be provided to the public or the media. On the contrary, in times of a sensitive military situation, if officials reach out to key reporters on the beat and ask them to refrain from certain aspects of the reporting, each one of us would.

The Narendra Modi government has never much cared for journalists, despite large swathes of the broadcast media being brazenly loyal to it. But in times of near-war, that contempt and dislike should be suspended.

This is the age of information warfare. In psy-ops, the message is everything.