Every woman has a #MeToo story. It could be a stranger on the street, a colleague at work, a cousin in the extended family or even your own spouse. We have all been variously leered at, pawed, harassed, molested and abused. This moment in India that has outed powerful men in politics, cinema and the news media is a historic phase of collective catharsis. Yes, it is disruptive and somewhat anarchic in nature. But that is necessary to fuel its raw courage.

In fact the criminal defamation lawsuit filed by M.J. Akbar, former minister of state for foreign affairs, against Priya Ramani, the journalist who first named him for sexual harassment, is the best evidence of the limitations and failure of due process. A powerful, well connected politician—now accused of misconduct, abuse and molestation by 15 women—hires an army of just as powerful, well-connected lawyers to punish a woman who dared to speak. If Ramani fails to prove her charges in court—always a challenge with endless delays, an environment of toxic coercion and the tilt of the legal system to those with wealth and influence—she could face jail time of up to two years. The audacity and sheer brazenness of the move is a message to millions of other Indian women—be quiet or you will face the same ferocious counterattack from the establishment. 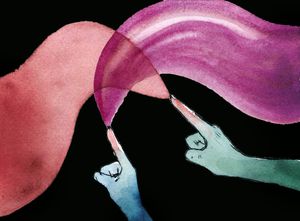 But, women are not backing off or backing down. The criminal proceedings against Ramani did not stop a 15th woman from coming out and sharing her account of harassment at the hands of Akbar.

Politicians and partisans will try and divide this upsurge of fury into camps of left and right. That would be the simplest way to sabotage and subvert the credibility of #MeToo, by reducing it to the banality of a BJP vs Congress fight.

Women must step in unequivocally and say, we do not care about ideological battlefields; we do not cherry-pick our outrage, nor do we condone a harasser or predator because his political leanings are the same as ours.

In the 1990s, American liberals made this mistake with Bill Clinton. When the news of his affair with the young intern Monica Lewinsky erupted into the headlines, it became a pitched fight between the Republicans and the Democrats. At the time, the world’s understanding of what consent was very patriarchal and rudimentary. No one pointed out the obvious: even when a relationship appears consensual, the sharp power differential—the world’s most powerful man and an intern in her twenties—makes the equation a corrosive abuse of power. Today, when Hillary Clinton refuses to take a position on the Lewinsky issue, liberals in her own country slam her for it.

That is the real gift of the #MeToo movement: it has enabled us to take an unvarnished and expanded look at how men abuse power. It has helped us recognise that our consent is not surrendered just because a man is our colleague, our friend, or our boyfriend. Indian women will no longer stand for victim-shaming. A dinner, a date, an evening of drinks, a previous flirtation, or a history of romance or sex does not give a guarantee of our consent every time. Our consent has to be sought and confirmed. Yes, every time.