In school, we had moral science as a subject. Right and wrong, good and bad, ethics and values, everything was either woven into stories or just plainly preached by teachers. It was a boring class that one was forced to attend. There was really nothing to ‘learn’ from it. I mean, what was there to learn in being ‘good’, or having ‘right’ values, unlike the knowledge one gains in algebra (yikes!), English or science?

In retrospect, that focus on morality in school and the constant reinforcement by our parents was far more important than math or biology. It ensured that there was the ‘right’ grounding necessary to lead a relatively sound life.

But, any semblance of outward morality is all but gone in today’s world of extremes. The cheating by Australian cricketers Steve Smith, David Warner and Cameron Bancroft has yet again brought to focus the immorality in sport. Given the relatively small act of transgression, were these three dealt more harshly than they deserved to be? I remember one of India’s most revered yesteryear cricketers telling my husband how the entire Pakistani team, comprising an enviable array of fast bowlers, carried soda bottle caps in their pockets. These were used to scrape the ball on one side so that it reversed very early in the innings, making it unplayable for the batsmen. In that context, what is a wee bit of sandpaper? It seems the foundation of the so-called greatness of these legendary bowlers was built on the immoral use of soda bottle caps! If that is so, then their performances must be struck from the record books, like what happened with cyclist Lance Armstrong. All his Tour de France titles were taken away. Armstrong doped to stay on top, and he was so remorseless that it was sickening. Some will also recall sprinter Ben Johnson and his cheating. His medals were also taken away. Both Armstrong and Johnson claimed that most others in the competition were cheating, as well. Thus, morally justifying their cheating. 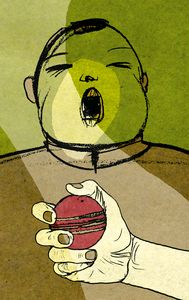 Then, there is immorality in politics, public administration and in business, which makes cheating in sport look like child’s play! Swindling lakhs of crores of rupees and stashing them in Swiss bank accounts, money laundering, sex scandals, lying and cheating are commonplace occurrences.

Earlier, there was fear of a tarnished image—be it at a mass level or within the confines of one’s own circle of family and friends—that kept people in check from being overtly immoral. Today, it matters little. Image can be managed to our liking in this digital era. So, all caution has been thrown to the winds as people act as they please, without any moral restraint. Especially our supposed role models—sportsmen, film stars, leaders in politics and business—who impact our society at large, thus legitimising immoral behaviour.

Are we becoming an increasingly immoral society? On the face of it, it seems so. Perhaps we see and hear more of it, thanks to the omnipresence of technology. But, as a race, lying, cheating, corruption and immorality have always been a part of our culture from the dawn of civilisation. It is nothing new. The standards of morality have undergone change, but that we are basically immoral has not changed. I say this because there would not be codes of morality, such as those guided by our religious texts, if we were not immoral. These helped build a veneer to counter our baser, self-centred instincts. Unfortunately, the veneer has all but disappeared. There is not even lip-service to it any more. Our real nature has been unmasked. It is immorality.