Spoiler alert! This article is from an unabashed fan of Roger Federer, whose otherworldly performance at the Australian Open won him his 20th Grand Slam title.

I am awestruck by the longevity of Federer’s performance level. At 36, and being a touch player with a single-handed backhand, he astonishingly continues to win Grand Slam titles in this era of high-octane, physically powered tennis. To consistently beat players who are 10 to 15 years younger is simply remarkable.

So, what makes for this miracle that is Federer?

On the one hand, deconstructing his success, if at all it is possible, would take away the mystery from the miracle. Yet, on the other hand, as a sportsperson who spent the best of her youth training and pursuing her sprinting dreams, I am keen to unravel the factors that have contributed to his longevity at the top. I write this being fully aware that I am not privy to the ‘inside’ happenings in his life, so whatever I gather from the public domain is what I base my analysis on.

Factor 1, the body: At the level that Federer has been playing, it is a miracle that his body has been able to bear the brunt of extreme tennis for so long, with very few breakdowns as compared to most other players. It seems that Federer’s body was created for tennis. 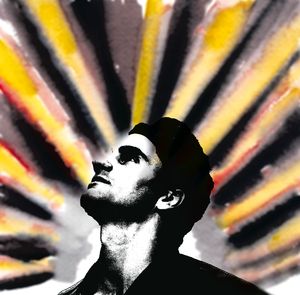 Two, training and skill: Very few come close to Federer in anticipation, shot selection, court coverage and the sheer grace of his game. But, it does not come easy. Recently, I saw a video of Federer’s training and it was incredible to see the care and thought that went into his training methods.

Three, support staff and family: Federer has been blessed with a supportive family and a dedicated training and support team. It is remarkable that he can continue playing at this level while balancing his roles as a husband and a father (to four young children), not to mention his endorsements and charitable work.

Four, mental makeup: They say the hunger to do well arises out of the tough life one has had. But, Federer comes from a wealthy family. His dramatic change from a racket-throwing, emotional teenager to a calm and collected Zen-like statesman on and off the court is well-documented. However, where he showed his mental steel was when Rafael Nadal dominated him. Most would have thrown in the towel and retired, but Federer stuck on.

I feel it is because of factor 5—his love for the game. To anyone watching tennis, it is amply clear how much Federer loves the game. It is this love that has been the biggest factor of his longevity.

Of course, these factors are not unique to Federer. They form the basis for the potential success of any athlete. I say ‘potential’ because success is not a given, no matter how hard the athlete works to bring about those factors in their favour. Life is forever changing, and the complexity of this constant movement makes it difficult to control the factors in its entirety.

To me, there is an X factor at work that brings all these factors together at the right time and the right place. It is beyond the individual to make it happen. Federer is the outcome of a universe conspiring for its own pleasure. There is no other way to explain the Federer phenomenon.