How to help rid our nation of monsters like Aftab Poonawalla

Not saying watching OTT shows will turn your child into sick monster, she says

The grisly murder of Shraddha Walkar by her live-in partner Aftab Poonawala is much too worrying and important to be dumbed down to a mindless #LoveJihad hate-tag, left to trend with hysterical dreariness on an increasingly unreliable and unravelling Twitterscape.

There are serious issues involved here. And none of them have to do with your sanskari daughter dating cute Muslim boys.

There is the Bumble angle for one. Our young people are increasingly meeting each other through anonymous dating apps, with minimal checking, accountability or verification, like there would be when you meet the old fashioned way, through a network of friends, or colleagues or family.

Then there is the trending new philosophy of friends-are-the-new-family, which is nice and all, but when taken too far, effectively, means that kids actively set up barriers to stay both emotionally and physically distant from their parents, opting to confide in real or virtual friends instead. Meaning they willingly check themselves into a virtual Lord of the Flies type island where immature kids judge immature kids, and get to be jury and executioners as well. The only clear rule here seems to be a complete omerta against parents. 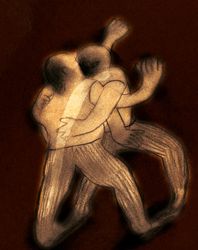 Then there is the kind of content that is being streamed today. Aftab’s modus operendi was supposedly inspired by the gruesome show Dexter, which most of our kids consume without batting an eyelid, while chowing down on their dal-chawal-green-veg nowadays. Violence, strangulation, dismemberment, it is all par for the course on House of the Dragon, Game of Thrones, Breaking Bad, Attack on Titans, Thar, Paatal Lok, Delhi Crime, any number of Playstation games. And, I have not even got to the pornography yet.

I am not saying that watching OTT shows will turn your child into a sick monster, but it will definitely desensitise him/her. And if your child already has a fascination for sick content, it will empower, feed and advance this sickness, like it clearly did in Aftab’s case.

The word ‘sick’ is now the latest urban slang for ‘cool’, and I feel that is extremely telling. Then there is the polarising, fear-mongering political policies now in play, which scream other = monster from every rooftop, and pressurise even reasonable parents to behave utterly hysterical and close-minded on the subject of their child dating anybody from a faith other than their own. This makes it impossible for children to confide in their parents, and pushes them to alienate themselves and run away from home into the arms of this forbidden (and hence exciting) new love they have ‘found’ all by themselves.

It really is tragic that at a time when Ayushmann Khurrana is getting stupendously wealthy making film after film featuring the great Indian middle-class accepting homosexual love, transexual love, lavender marriages, older women getting pregnant, male virility, sperm donation and what not, a backer cannot be found to make a similar film normalising simple, inter-religious love?

Please let us not, in the name of justice, settle for countless memes of Hindu women folded up into really small suitcases and refrigerators by their evil Muslim lovers—memes that degrade and commodify Hindu women brutally—and are not particularly complimentary to Hindu men either, if you think about it.

Let us side-step that communal trap, and demand a genuinely introspective, diagnostic probe into the reasons why Shraddha died. That is what will help rid our nation of monsters like this Aftab.