The intention is obvious from the name itself. By plumping for a catchy, Bollywood-esque name like Agnipath and an over-compensating, machismo-soaked title like Agniveer, the ministry of defence has made it patently clear that its new recruitment scheme is neither solid, substantial nor sensible, but just cheap tinsel, hollow semantics and insincere sexiness, the euphoria of clearing which will last just about as long as the high derived from watching an item number from an average Hindi film.

Otherwise the ministry would have just stuck with the simple, much loved, and unquestioningly respected title fauji.

See for a fauji, the fauj is his whole life. It clasps him in a strong, secure, whole-hearted bear-hug, and he embraces it back with all his heart and soul. It is something he is willing to lay down his life for. A deal for life. A marriage, if you will. 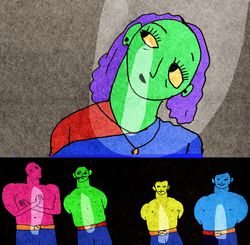 But this tawdry, proposed Agnipath scheme turns gilt-edged spouse material like the Indian Fauj into a toxic first boyfriend—the kind who makes you leap through hoops and walk through fire to prove your love is true, yet still tosses you aside after four years with a small present of money and a gas-lighting speech about how your time together had enriched you and made you a better person whom so many more far-worthier-than-he people will be thrilled to sleep with. (It’s a bum deal, boys and girls. Much more ‘Chikni Chameli’ than Agnipath, frankly.)

It is no surprise though. From the shifting of the Amar Jawan Jyoti flame from its pride of place beneath the canopy of the India Gate, to the vanishing of Indian-made-foreign-liquor brands from the shelves of the CSD canteens, it is pretty clear that today’s regime holds its defence forces in cheap regard. Or wait, no. Actually, their attitude can perhaps best be described as a mixture of gawking awe, rank envy, and open resentment.

No wonder there has been such a powerful—and entirely organic—backlash from young boys and men to Agnipath. So powerful in fact, that some suggest that a whole new three-ring circus has been prodded to bloom in Maharashtra to get the Twitterati to talk about something else.

Others point triumphantly at the fact that the IAF has already received 56,960 applications to the Agnipath scheme within three days of the link going live, but with the ministry of defence clearly stating that this is the only way in which aspirants can apply for jobs below the rank of commissioned officers, what else do you even expect in a nation whose number one issue is rampant unemployment?

The fact remains that the defence services as well as the young men who aspire to join them, are (literally) being short-changed. Our troubled society will have to absorb an influx of disgruntled, newly unemployed young men with military training and an itch to live up to the toxic-masculine title of Agniveer, every year. Meanwhile, our defence forces will have to keep letting go of young men whom they have spent four years training, to start from scratch with rookies again!

Clearly, this regime takes unholy glee in messing with trusted, long-functioning institutions like the Planning Commission, Article 370, the thousand rupee note, the Babri masjid, the MSP and the farm laws, the Supreme Court of India, the Central Vista, the RTI, the CVC, the BCCI, the Delhi Gymkhana Club, and God alone know what else.

But surely an institution as vital as our armed forces could have been spared such stupid tinkering.