When a lotus rises, it partially obscures mud it is blooming above: Anuja Chauhan

Well, a clean chit has finally been issued, and it is quite clear now that Aryan Khan’s arrest was just a lotus. One in a series of eyeball-grabbing luridly hot-pink lotuses that have been blooming steadily for years now in the metaphorical mud (or muck, if you prefer a more exact translation for keechard mein kamal)—which is our national narrative.

See, when a lotus rises to bloom, it partially obscures the mud it is blooming above. Its showy pink petals distract and soothe our eyes, and overall, it creates the illusion that the mud underneath is good—even aesthetic—or best of all, not there at all. The power of the optics it creates can be gauged by the fact that all of us would drive through miles of sludgy scenery without comment, but throw even one showy pink lotus into the mix and suddenly there is a squealing of brakes, exclamations of delight, and a collective reaching for cellphones to immediately click, hashtag and upload—#lotus! #India! #nature! #beauty @pure #peace! #goddess #divine #unspoilt #blest! 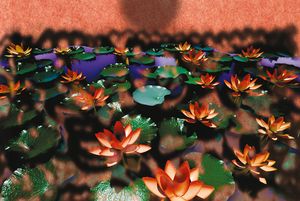 At any given point, there is always at least one waxy pink lotus floating like a highly-coloured helium balloon above the sludgy brown muck that is our society and system of governance. Aryan’s particular lotus radiated the mesmeric trishul-pronged message that:

1.) The offspring of Love Jihad are drug-addicted scum.

2.) Our Hindu-rashtra NCB is impartial, efficient and fearless.

3.) Something is actually being done about the shockingly widespread consumption and abuse of narcotics drugs and psychotropic substances in our country.

Ah, well, that lotus has withered now, and we can all see the mud for what it is.

The Sushant Singh Rajput hatyakaand, as the news channels insist on calling it, was the lotus that preceded Aryan’s. Less exotic but disarmingly earthy, it beamed a tragic but seductive three-pronged message too:

1.) The reason why you haven’t made it in life is because the rich and the successful are conspiring to block you from shining.

2.) It is like you always suspected—beautiful women are materialistic and evil.

3.) You don’t have to finish your engineering degree to make it in life.

Rhea and Shouvik Chakraborty’s lawyers are demanding a fresh probe into their NCB case now, so hopefully that lotus will soon wither away too. But don’t worry—we have still got plenty of blooms to look forward to.

Like the trusty Trouble-at-the-Border Lotus, which blooms every so often in our national sludge, mostly during election season, to reiterate that Muslim-means-Pakistani-and-Pakistani-means-evil and that only a ‘strong’ PM can keep our nation together during this hour of crisis.

Or the sudden-and-strange-national-drive lotus. Like, say, demonetisation, which flowered abruptly on our television screens to reassure us that corruption, black money and all our economic woes were being addressed in one decisive game-changing move, except they actually were not.

One of the many wonders of the lotus is that its seeds can lie dormant for decades, even centuries, the oldest recorded lotus germination being from 1,300-year-old seeds recovered from a dry lakebed.

Which brings us to the good ol’ temple-beneath-the-mosque lotus, rising yet again, this time not in Ayodhya, but not very far away, in Varanasi, above the squelchy goo of our once-pluralistic Hinduism, to tell us (yet again!) that everything is the Muslim’s fault and the only way to restore this pride is to raze all mosques to the ground, which only this government has the guts to do, so I have got to support this government.

Waxy, mesmeric and poisonously pink, this one is set for a nice long flowering.