I can't chill when fabric of India is in extreme pain: Anuja Chauhan

Anand Bakshi wrote such darling lyrics for the playful Tiger Hunt song in Mr. Natwarlal (1979). The song features Amitabh Bachchan as a famed hunter, telling a gang of wide-eyed pahadi children all about his encounter with a mighty tiger on a dark Tuesday night in the jungle many moons ago—and everybody’s favourite deity Hanuman ji has a starring role in the story.

In the song, Bachchan jumps about on one leg, in a playful affectionate tribute to the monkey-god, and chants the Hanuman Chalisa to gather up his courage and keep fear at bay. The children (and his love interest, played by an incandescent Rekha) are charmed, even though the story ends with the hunter being eaten up whole by the ‘shameless’ tiger. 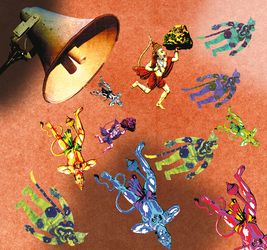 Hanuman ji has always been a popular character, much beloved for providing a bit of lighter entertainment in the otherwise fairly sombre tale, which is the Ramleela, and he was showcased in a similar vein in 2015’s Bajrangi Bhaijaan.

But 2022’s Hanuman is stern and humourless, and stickers on cars everywhere show him in full battle mode, with a face which is half in dark shadow and half an angry red. This, presumably, is the Hanuman to whom Chief Minister Arvind Kejriwal (appallingly) recited the Hanuman Chalisa when challenged by a journalist to ‘prove his Hinduness’ in the thick of an electoral battle.

And so we find ourselves at a place today where the comforting, courage bestowing Hanuman Chalisa has been completely weaponised and is being chanted not to dispel fear, but to create it, most recently outside Maharashtra Chief Minister Uddhav Thackeray’s house.

It is not just our beloved Hanuman ji and his chalisa which has been weaponised. Everything has become loaded nowadays. Food, clothes, language, movies, festivities, cricketers, flowers have all been bulldozed into a neat, reductionist, false binary called Hindu and Muslim.

The islamophobia has become so everyday and so normalised that increasingly one is considered a party-pooper for pointing it out, or even a ‘hypocrite’ because ‘of course you hate the ‘Ems’ (Muslims) as much as I do but you’re just doing naatak (drama) because you want attention, and because you want people to think ki you’re a ‘goody goody.’

(I’ve personally had somebody say that to me.)

While shouting out your hate is praised for being honest and even brave, as if ‘coming out of the closet’ about your islamophobia is as celebratory and cathartic as coming out as gay.

And I know ranting about it can be counter-productive.

Hey, I have just returned from an extended sojourn abroad, where the NRIs start rolling their eyes and sidling away like smokers being lectured on the evils of nicotine whenever anybody says anything about how the secular fabric of the republic is being ripped apart as brutally as Dushasana on a daily basis in Modi’s India. They know it is happening, and they know it is going to be harmful in the long run, but they do not want to hear about it and ‘spoil’ the ‘party mood.’

And so they say things like ‘let’s just keep it light ya’ or ‘accha, tell me some Bollywood gossip’ or ‘oho, you’re becoming too shrill. Just chill.’

But just like the ministry of health keeps issuing its anti-tobacco messaging, nevertheless, it is the duty of concerned citizens to consistently keep issuing our anti-hate messaging too, even though we get scoffed at for being joyless wet blankets raining on this vile, orgiastic ‘Republic’ Day parade.

People get ‘shrill’ when they are in extreme pain.

The fabric of our secular nation is in extreme pain. So sorry, but I cannot just ‘chill.’