Pardon me if the words “stuck on a flyover for over 15 minutes” do not fill me with concern and horror. They fill me with gratitude and a sense of “arrey wah, not bad ya, I have been in so much worse”.

But then, of course, I am just aam janta and not the head of the government of India. It is my heaven-ordained dharma to stew in jams for hours on end, in a non-bullet proof car, with no crack security detail and a bursting bladder, that too without muttering about feeling unsafe or any “security breach”, because otherwise I could be called an anti-national and told to go to Pakistan.

As an ordinary citizen, that too of Karnataka, I am used to paying the highest road tax in the land and routinely being stranded in the most ghastly of traffic. Also, the roads have potholes so gaping that I swear they are security breaches in themselves because they could very well be underground tunnels leading all the way to Pakistan-occupied Kashmir.

Anyway, patriotic and well-educated folk everywhere shamed me immediately for trivialising what they said was a grave security risk (the over 15-minute hold-up). They said it was all a Khalistani-Congressi conspiracy and a high-level inquiry should be launched asap and that heads should roll. Well, I guess that does make it a grave security issue—for the officers whose heads will roll, at least. 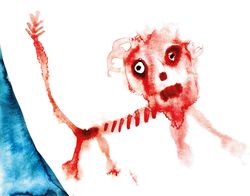 Of course, Modiji’s security detail should be flawless at all times, but I have started to wonder if the office of prime minister is swiftly becoming what my daughter’s junior school math teacher used to call a hauwa. She said a lot of children were so scared of mathematics that they had turned it into a big fat hauwa (i.e., bogey or monster). One does not argue with a hauwa, or question it, or ask it to be accountable in any way, or make it wait for over 15 minutes. One just freezes in fear at the sight of it.

Could I just point out, here, that the prime minister of the Netherlands cycles to work whenever the weather is good? And that many MPs in the United Kingdom ride the tube to work? Also, that in 1973, Atal Bihari Vajpayee rode to Parliament in an open bullock cart to protest the rise in fuel prices? And that in 1967 Indira Gandhi continued to address a rally in Bhubaneswar even after the crowd started stone pelting, and when one hit her square in the face, she paused only to wipe her bloody nose with a handkerchief and calmly continued to speak?

But in 2022 India, we seem bent on hauwa-fying our highest offices. They are unquestioned and unquestionable. We have spent an estimated Rs8,400 crore on purchasing and retrofitting two highly customised B777 aircraft for our prime minister, president and vice-president. Several crores on a new custom-built Mercedes-Benz S650 Pullman Guard armoured vehicle. And Rs200 billion on the Central Vista project that includes all-new fortified residences for the PM and other VVIPS.

Perhaps we are striving for American levels of security here and that is laudable. But in the US, all former presidents and their families are provided with the highest level of security for life. It is not downgraded arbitrarily—like what happened in the case of the Gandhi family or Dr Manmohan Singh’s family. So, what are we aiming for exactly?

And, perhaps Modiji does venture out incognito. Maybe he does it online and is not a hauwa at all, but marvellously in touch with the common people.

But all we got to hear about is how many BJP netas chanted mantras for Modiji’s longevity. And, how the prime minister met the president and discussed the unsafe situation. One could not help wondering if the topic of how unsafe the 200 million Indians who were recently openly threatened by a genocide must be feeling came up while the two great men were conversing. I sincerely hope it did.