Why are we vilifying Gurnam Singh Chaduni, asks Anuja Chauhan

I love the name this new traders' party from Punjab has given itself—Bhartiya Arthik Party. One, because it commits to focussing on the economy and that is really the need of the hour, and two, because it abbreviates to BAP. The punchlines just write themselves, from rishte mein hum tumhaare BAP lagte hain to BAP ka raj hai kya, a question which can finally be answered in the affirmative if they come to power.

But why are we vilifying Gurnam Singh Chaduni for (sort of) saying that he (or farmers in general) should join politics? Why are we, as a nation, so suspicious of people who come right out and say that? Why is that considered so dirty and so tainting? Why do we only respect reluctant politicians, like Rajiv Gandhi, ‘who would rather have been a pilot’, and Sonia Gandhi ‘who said power is poison’, or Manmohan Singh, ‘who was only doing his duty’. While making people like Pranab Mukherjee or Rajesh Pilot, both with healthy credentials and a healthy amount of hunger for the top jobs, feel ashamed of their forthrightness?

Of course, a small, initial show of reluctance is only good manners. Nobody wants to be the despo aunty who seizes a plate the moment the buffet is declared open, but I would look with deep suspicion at somebody who does not want the job only! I mean, would you hire a driver who says he does not want to drive? Or a cook who says he despises cooking? 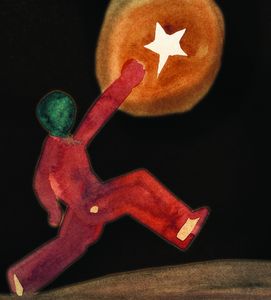 Honestly, the most refreshing thing about Narendra Modi seven years ago was that he seemed so keen to sink his teeth into the job, and how he woke up at 5am every day and was such a karmayogi and all, but now even he is growing his beard and claiming to be a fakir with a jhola on his shoulder and no attachment to his post!

In the US, it is standard parental practice to encourage kids to dream of being president. 'You, baby girl,' parents tell their child with stars in their eyes, 'you could be the leader of the free world!' But, here in India, it works differently. Just like no little girl ever dreams of becoming a prostitute when she grows up, circumstances align to make her one, no little girl dreams of being prime minister either.

So, if circumstances are aligning to make Chaduni a politician, then let him aspire to become one, na!

Give him the backing and the votes. Stop slamming him like we slammed Arvind Kejriwal. Or Kanhaiya Kumar. Or any other newbie on the block who sought to answer that wretched question: ‘If not Modi, who?’

Strugglers are respected in Bollywood. Aspirants are respected in the engineering and civil services. Contestants who come to audition are respected at Indian Idol. In the corporate world, outside-the-box recruitment is a big trend. Getting in people from creative fields, or the armed forces, or with engineering backgrounds, can work out really well.

Similarly, a farmer like Chaduni, with all his domain expertise may be a boon to many ministries if he makes a lateral entry into politics.

If we are tired of the same old set menu of entitled dynasts and hate-mongers, then we need to urgently smoothen the way for new people to take on the job. We have got to stop acting like judgey old Brutus, and bumping off our fledgling Caesars because they are maybe ‘too ambitious.’

And political aspirants, please stop being so coy.

Politics is not Tinder. Or Shaadi.com. You do not need to pretend that your friends (or mummy-daddy) made your profile without your knowledge. Step up and claim it as your own.