Anuja Chauhan on how the Modi govt is gaslighting us

Am I mad?’ A friend asked me recently. ‘I was on the road, my mother was gasping for breath, we drove in a rented ambulance from hospital to hospital, and there was no oxygen to be had for love or money or influence. It was a complete nightmare. Her saturation dipped to the forties as we stood by helplessly, and then... she just... died. And now the Centre is saying that the recent oxygen shortage in Delhi was exaggerated, over-reported, over-hyped, a figment of our collective imagination, basically! They’re saying it never happened. So am I crazy or what?’

My friend is not crazy. To say we imagined the recent oxygen crisis is a clear case of gaslighting.

The evocative phrase, which originates from the eponymous 1944 film Gaslight, in which a husband with his eye on his wife’s priceless jewellery tries to convince her that very real incidents—footsteps in the night, letters in the attic, stolen brooches, overheard whispers, and the flickering of the gaslight lamps on the street outside their home—are all happening exclusively inside her ‘fevered’ imagination and that she is therefore going insane. Gaslighting has become a popular term to describe how unscrupulous people in toxic relationships often manipulate their hapless partners.

Now, if this film had been set in 2021, the wife (played exquisitely by Ingrid Bergman) could have easily just taken a video of the gaslight flickering in the streetlamps and shared it on her social media with the question, ‘Peeps, is the light inside the gas lamps flickering or am I imagining it? A few hundred ‘yays’ would have reassured her of her sanity. 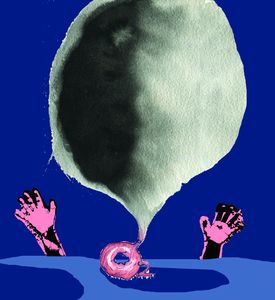 But what if she had been met with a few thousand ‘nays?’ And comments like ‘Are you mad, Ingrid?  ‘The gaslight is as steady as can be.’ ‘How dare you question your husband, your lord and protector?’ ‘You’re an anti-national, anti-social traitor who deserves to be raped.’

Ingrid’s loneliness and grief would have multiplied to a paralysing degree.

It is what it is. An undeniable f**k-up.

Trying to say we dreamed it up is a piece of callous effrontery that GOI cannot be allowed to get away with.

Honestly, I cannot recall any other regime that attempts to put the blame and the responsibility on its voting republic as squarely and as shamelessly as this one does. We do not make any sacrifices, we do not contribute to the correct relief funds, we do too-much-democracy, we rumour-monger, we fall in love with Muslims and end up dead in suitcases, we get involved in politics instead of focusing on our studies, we have vaccine hesitancy, we read the wrong newspapers. We do not meekly accept that our double masks are also double gags, basically.

Gaslight ends with the wife finally wresting back her agency and her freedom once she discovers that everything she thought happened did actually happen, and that she is 100 per cent sane and her husband is the evil one who deserves to be put away for a long time.

Hopefully, our tormenters are headed towards the same sweet finish.