In the beard, we trust!

I must confess I am hypnotised by ‘the beard’. It was always faultlessly groomed and very dapper, but in the past year, irrigated perhaps by the copious sweat and tears its owner has shed in the service of the nation, it has grown both in lushness and lustre. Today it shimmers with a saintly Gandalf/Dumbledore/Guru Nanak/Valmiki/Chhatrapati Shivaji/Obi-Wan Kenobi/Robi Babu-like gravitas, which immediately disarms the beholder, and floods him/her with a sense of reverent reassurance. All must be well with the nation when ‘the bearded one’ is in charge.

Thus have people been mesmerised in the past by the optics of Indira Gandhi’s iconic white streak, by Mahatma Gandhi’s naked, emaciated chest, by Bhagat Singh’s handlebar moustache, by M.F. Husain’s bare feet, and by the elaborate bindis of many a television serial vamp.

Coupled with an impressive collection of flowing shawls and elegantly cut long kurtas, ‘the beard’ persuades all to fold their hands and bow before its luminescence. It is a beard that elicits a flood of obedient #IndiaTogether and #IndiaAgainstPropaganda tweets from our highest achievers and celebrities without even asking for them. A beard that looks only slightly (and even handsomely!) ruffled by the winds of international criticism. A beard that has attained so much stature that it can openly scoff at a peaceful protest―that time-honoured right of all citizens of our democratic republic and the very weapon that won us our independence―and dub everybody exercising it “parasites” and “andolan jeevis”. (A nice word that could be the new “Chowkidaar”―somebody must already be printing T-shirts with it emblazoned across the chest in shiny pink and gold glitter.) 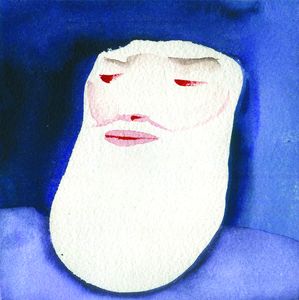 We just saw ‘the beard’ in full, glorious action in the Rajya Sabha, where during a garrulous, grandfatherly speech, it silently semaphored the message that unlike the rich farmers and opportunists seeking to mislead the poor farmers, ‘the bearded one’ is genuinely on their team. Do not worry about A2 and FL, it signalled wordlessly, main hoon na, I will C2 everything!

I must confess that after watching ‘the beard’ beam out this message in the Rajya Sabha, I was fully convinced. Especially as the opposition has never seemed more clueless, petulant, self-righteous and opportunistic.

Inconveniently though, the farmers are proving to be much harder to convince. They are unimpressed with the rhetorical “MSP was there, MSP is there and MSP will always be there” reassurance, and are demanding something a little more concrete and cast-iron―not the concrete that has been poured into the borders and studded with cast-iron spikes to keep them out of the national capital, but an unqualified, categorical, written-down bit of legislation. That guarantees them various things, but most importantly, that guarantees them the M.S. Swaminathan Report definition of minimum support price, i.e. comprehensive cost (or C2) + 50 per cent of C2.

The BJP came into power in Haryana in 2014 by promising exactly this to the farmers of the state. But one year later threw up its hands saying the Swaminathan report MSP recommendations were impossible to implement. And, two years later, claimed it had already implemented them! So, maybe the farmers’ demand to have things debated, and written down, is justified.

Now, any hairstylist worth his/her salt will tell you that the key to cultivating a thick, glossy mane (both on your head and on your face) is primarily nourishment to the roots. Nourishment in a vegetarian diet comes from things which are grown by farmers.

Do not bite the hand that feeds your beard would be a good cautionary aphorism then, for the bearded one to consider.

Otherwise, the conflict could become an extremely hairy one.