The spectacle that life is

Remember the good old days when you did not have to prove you loved your country by chanting Bharat Mata ki Jai every time somebody asked you to? When standing up for the national anthem was optional? Something you did voluntarily, out of love, and not with one eye on the other people in the movie theatre who may record a video of you sitting it out and report you to the cops? Remember the good old days when chief ministers did not have to recite the Hanuman Chalisa to appease the media and prove they were true believers? When fans did not zoom aggressively into the social media photographs of movie stars, discover a cross in their pooja ghar, and immediately call them out for being a ‘fake’ Hindu?

Remember when you could get married without the whole world wanting to know the price and brand of your lehenga, and the number and quality of hors d’oeuvres you served and to whom? Remember when a national disaster, like a flood or a pandemic, was a time for the nation to unite and hunker down to fight it together, instead of an excuse to extort money from various celebrities, corporates or religious institutions?

When charity was not some sort of open, vulgar competition? With in-favour celebrities like Akshay Kumar flexing about the 025 crore he donated to the (slightly questionable) PM Cares fund and basically throwing down a gauntlet to other celebrities to donate loudly and visibly to the same fund too, or be torn apart by trolls and rabid media with Twitter hastags like #AjmerSharifPaiseNikaal and #SRKproveyourlove? Remember a time when the tragic suicide of a handsome young star at the top of his game could be mourned by the people who were close to him in peace and privacy, without photographs of his corpse going viral on social media, and trolls and the press breathing down their necks badgering them to put out a public profession of their grief?

As I write this, people are aggressively bullying and castigating people from the industry for not looking sad enough at the news of Sushant Singh Rajput’s death, or looking too hypocritically sad and being two-faced fakers or whatever, while in the same breath speaking glibly about mental health and the importance of kindness and
empathy! 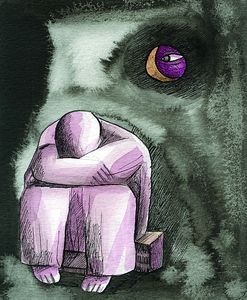 But not any longer. Now, everything is spectacle, everything is a performance, the world is the coliseum and we all spend our lives sometimes hissing from the stands, and sometimes fighting in the ring. When everything is externalised, then inevitably, the core gets hollowed out. When we have one eye on our ‘performance’ and one eye on our highly judgmental, and mostly hostile ‘audience’, it is inevitable that we will begin to feel less, and to be less authentic as human beings.

As a writer, I know that a sense of audience kills all spontaneity. The moment somebody stands behind me and starts to read what I am writing on my laptop, I freeze and start worrying about what they will think of me, and have to shut the lid quickly. This is what all of us are doing to ourselves every day. Not just celebrities, but even little teenage girls who have just, very excitedly and hopefully, opened their Insta or TikTok accounts. We are all constantly self-censoring, deleting real bits and pieces of our lives that we think are not good enough, surrendering to the society of the spectacle, and shutting down the lids on our inner living, breathing, authentic selves. It is death by collective suicide, a sort of Johar-of-the-soul, and it has to stop.