Stage is set for India's decade

India has, and must continue to, invest heavily in world-class infrastructure develop

Amidst a quagmire of splintering geopolitical relations, mounting global debt, and an impending recession, India has emerged as a resilient growth engine for the world. According to the Morgan Stanley report, the nation is expected to drive nearly 20 per cent of the world’s growth in the coming decade, more than doubling its own GDP—from $3.5 trillion today to over $7.5 trillion by 2031. In the next five years, India is also forecasted to surpass Japan and Germany to become the world’s third-largest economy and stock-market, signalling a “once-in-a-generation shift” of its economic position.

India’s good fortune is no accident, and it has surfaced as a “bright spot on an otherwise dark horizon” as IMF managing director Kristalina Georgieva put it, due to the confluence of wide-ranging structural reforms (domestically) and effective multilateralism (globally).

On the international stage, China’s economic slowdown, predatory trade practices, and aggressive geopolitical posturing have made it a thorny partner in matters of commerce and investment. Disrupted supply chains, spotlighted by the pandemic, have further pushed firms to wean off their dependence on China. On the other hand, India has been able to carefully balance its strategic interests against a backdrop of fraught US-Russia ties, by nurturing its western alliances while remaining committed to its energy needs. 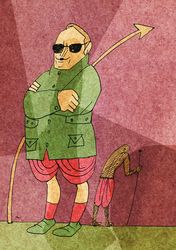 The rise in India’s manufacturing capacity, boosted by the likes of the Make in India initiative, 11.97 lakh crore worth of Production Linked Incentive Schemes (PLIs), and corporate tax cuts, make it “poised to become the factory to the world,” with manufacturing’s share of GDP increasing from 15.6 per cent currently to 21 per cent by 2031, the report states. Political will in India in the last eight years has reframed the country’s narrative from an agri-dependent, service exporter to one committed to bolstering domestic manufacturing capacity and achieving pan-India urbanisation. To do this, India has, and must continue to, invest heavily in world-class infrastructure development, while making its markets an easy and lucrative place to do business. By 2019, more than 25,000 business compliances had been reduced or simplified by the government of India (GOI), giving India the rank of 63 in the Doing Business 2020: World Bank report.

In terms of its digital architecture, India’s success story speaks for itself. It is home to the largest biometric ID system in the world (Aadhaar), and at 48 million, it also clocked the largest number of real-time digital transactions globally as of October. Add to this the Pradhan Mantri Jan Dhan Yojana (PMJDY) that has opened over 472 million bank accounts for Indian households, as well as increasing smart-phone penetration, and you have the foundations for a financially empowered nation primed for the internet age. The Morgan Stanley report, which highlights the potential of IndiaStack to revolutionise health care and create low-cost credit access, calls India “one of the most under leveraged countries in the world”. As a leader in digital public infrastructure, India must continue to foster an environment of innovation, by focusing on R&D, reducing barriers to entry, and utilising the vast amounts of data at our disposal to build smarter, cheaper, and more inclusive digital systems—not only for its citizens, but also for the world.

Under India’s upcoming G20 presidency, sustainable, equitable, and inclusive growth will take centre stage; as we offer the world a cleaner, greener, smarter set of choices in LiFE (Lifestyle for Environment); propelled by our age-old philosophy of ‘Vasudhaiva Kutumbakam,’ or ‘one earth, one family, one future’. The stage is set for India’s decade, and we are ready to take on the mantle.