New laws need to be introduced, banning cell phones while on duty

No, it is definitely not okay for any guest in any hotel of the world to have their room filmed and the video posted on social media. That such a major travesty happened to Virat Kohli, one of the most popular and incredibly successful global sportsmen, has sharply brought into focus the tricky issue of celebrity-privacy. Virat’s impassioned post after the video went viral, and has triggered a much-needed dialogue on similar serious breaches in the past. That this outrage took place at the Crown Hotel, Perth, has generated further debates on basic security violations.

While the errant staffer has been dismissed, it is still a matter of deep concern, given the scrupulous screening standards and the layers of personal protection our cricketers enjoy. If this is the abysmal level of diligence, the system itself needs a thorough re-look.“Where can I expect any personal space at all?” demanded Kohli, who has an estimated net worth of Rs950 crore. Where, indeed? This is the plight of celebrities across the world and there are no easy solutions. 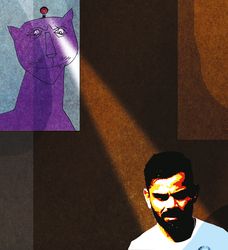 Remember John Lennon paid with his life in 1980 when a fan attacked him as he left his residence in New York. If Kohli’s room was effortlessly accessed and filmed, it could as effortlessly have been vandalised. Let us take it several steps further—an explosive could have been planted in his room endangering his life.‘Virushka’, as Virat Kohli and wife Anushka Sharma are called by fans, are the ultimate power couple in India, with a combined net worth of Rs1,250 crore. They live in a lavish sea-facing home in Mumbai’s Worli, and possess an impressive collection of luxury cars.

From their marriage in 2017, to the birth of their daughter Vamika (2021), their polite requests to respect their privacy have been largely respected by the media in India. The occasional grab shots of the baby have upset the parents—understandably so. But their relationship with fans and the press across the world has been consistently positive and respectful. Virat’s latest controversy underlines just one thing—the insatiable hunger fans display as they devour every forbidden scrap they can pounce on.

But, hey—didn’t all of us watch the video greedily? I did! I felt ashamed of myself but only after I had watched it twice and noted the placement of deities on Virat’s side table—such a deeply personal detail.Fandom is based on voyeurism and vicarious thrills. But, as Virat and Anushka pointed out, there are limits to how far hero-worship can go. My view is it can go all the way. Including filming stars under the shower by placing cameras in the bathroom. Housekeeping staff are notorious for going through personal belongings of high-profile guests. New laws need to be introduced, banning cell phones while on duty. This applies to nursing staff and ward boys treating famous patients. With horror and shame, I recall the images of Rishi Kapoor in the ICU going viral—who shot the video? Obviously, a staffer with access to the late star’s hospital bed.

This is Virat’s birthday week. It is time to grant him his fervent wish and stop intruding into the man’s private space. Sacking the person who shot the video is but a small step to stall an escalation of this prickly controversy. The point is, it shouldn’t ever have happened. Happy birthday, King Kohli!