What India should learn from Djokovic visa row: Shobhaa De

Irony piled on irony. The ‘Djoker’ had the last laugh as the Federal Circuit Court of Australia quashed his visa cancellation which had made world headlines. The Australian government was ordered to release Novak Djokovic from the detention centre, pay his costs, return his passport and personal effects within 30 minutes of the hearing. Naturally, the Australian Border Force had an egg on its face, as it had detained him as soon as he landed in Melbourne.

Despite the legal victory on January 9, there are rumblings galore with the possibility of the World No 1 facing a three-year entry ban—if the ruling is overturned by the minister for immigration and migrant services, Alex Hawke, who said he would use his “personal power” to cancel the Djoker’s visa again. 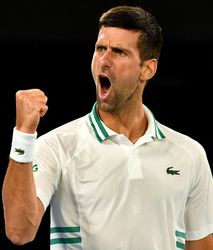 At the time of writing, the hearings were on, but the celebrations had already begun. The global euphoria was puzzling, given that Djokovic is not particularly liked. Tennis fans consistently jeer him when he plays Rafael Nadal or Roger Federer.

Despite not acing the popularity stakes, Djokovic still had his cheerleaders rooting for him as his legal team fought a tough battle for their client, who was holed up at the far-from-luxurious Park Hotel, which functions as a detention centre. Thirty asylum seekers detained with him described it as a “prison” that served “maggots and mould” for dinner.

In our own family, there were two distinct camps—pro-detention and pro-Djokovic. Even though I have never been his supporter, I did think treating him like a refugee was pretty shabby of the authorities. If they did not want an anti-vaxxer in their country, the position ought to have been made very clear, minus ambiguity, minus befuddling technicalities. From all published accounts, it was the timing that was off—and it was the timing Judge Anthony Kelly relied on to get Djokovic out at the earliest. My family members argued it must have been a case of “authorities” exerting pressure on the judge to save face and salvage Australia’s tattered image. Highly unlikely, given the transparency of the system in that country.

To me, it provided an interesting case study on how someone, as loathed as Djokovic, could generate such a powerful wave of sympathy even without a personality cult. It was widely felt he was not entitled to an “exemption” based on the universal “one-rule-for-all” principle. But once he was stuck in a detention centre, stripped off his passport and dignity, the story changed.

As Indians, we react to everything emotionally and personally. Most of us will never get within five feet of Djokovic. Despite that, we responded to his crisis like this had happened to one of our players. That is the thing about sports personalities—we get over-involved in all aspects of their roller-coaster lives.

Will the “trauma” Djokovic faced translate into a more positive image for the player down the line? Will his contemporaries reach out to him and demonstrate solidarity, even friendship? American player Tennys Sandgren did point out that “two medical boards approved the exemption” while leading international dailies like The Times described the detention as an “extraordinary mix-up with the visa application”.

Given the worldwide concern over Omicron, perhaps the Aussies should have just told Djokovic he was not welcome in their country—and there it would have ended. It is a lesson for all—India included. Rules cannot be open to interpretation, nor can the process be selective, based on the celebrity power of the applicant. Willy-nilly, the tennis world’s least-liked player has become an overnight hero, thanks to bureaucratic bungling! I guess it was in Novak’s stars!