I became an ardent fangirl of Mumbai’s legendary top cop Julio Francis Ribeiro from the very first time I met him at a glittering diplomatic soiree in Mumbai! I actually stammered and blushed like a giddy-headed schoolgirl, when I was a seasoned magazine editor and newspaper columnist at the time. Julio gallantly paid me a compliment, as his elegant wife, Melba, impeccably dressed in trademark pastels, looked on indulgently. Till then the only ‘Julio’ I had heard of was a delightful singer called Julio Iglesias. But, here, right in front of me was this towering figure of a man, nattily dressed in a well-cut suit, surveying the large and glamorous gathering with the trained eye of a cop keeping a look out for trouble.

He was the much admired police commissioner of the city (1982-1986), and there were dozens of fans fawning over this quintessential Mumbai Boy. We continued to run into each other from that point on, and soon Mr and Mrs Ribeiro became family friends, gracious enough to attend our dinner parties. Julio would sportingly regale guests with his incredible cop stories—rarely holding back from speaking his mind.

Julio (everyone addresses him affectionately by his first name) will turn 92 next month—but he is still the ‘go to’ guy when one needs a fiercely independent take on the shenanigans being indulged in by the Mumbai Police. Julio was recently approached by Sharad Pawar to head an inquiry into the messy Param Bir Singh-Sachin Vaze case. Julio simply stated, “I am not available”. He also added he would not touch something like this with a barge pole. It is Julio’s public stands on messed up matters like this one that impact our lives. No wonder he is seen as a cult figure and ‘citizen hero’.

Decades ago, my first cousin (A.G. Rajadhyaksha) had the respect of the police force, too. Like Julio, he was upright and refused to play ball with politicians. He retired as the IGP (Maharashtra)—and that was that. 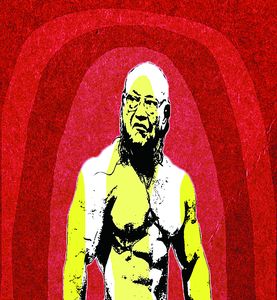 Julio is different; he is gregarious and communicative. At 91, his booming voice can wake up the dead. Even though he regretfully admits he ‘shuffles’ these days and cannot match strides with his walking companions.

Honoured with a Padma Bhushan, Julio was India’s ambassador to Romania where he survived an assassination attempt—his second; the first was after his bold, even controversial strategy to tackle the insurgency in Punjab.

Julio is our hero, and I believe we have not acknowledged him adequately. Last week, when he bluntly referred to Mumbai’s notorious, trigger-happy ‘encounter specialists’ as ‘criminals in uniform’, our city cheered and thanked him for calling out the racket that successive governments have actively encouraged. That is Julio. During sensitive television debates, he confidently goes where others fear to tread. This no-nonsense quality of the man has won him admirers across the world.

Years ago, Julio was at our home, while iconic cartoonist, the late R.K. Laxman, was discussing his latest work—from the Crow Series—that my husband had acquired from Laxman himself (Dilip was an avid collector of Laxman’s pocket cartoons). The two men were counting the number of crows in the picture. R.K. said, “54 crows.” Julio heard: ‘54 crores’. Julio joined them and exclaimed, “Wow, Laxman! Well done!” R.K. retorted, “54 crores, I say!” And everybody shared a laugh. Laxman enjoyed one more whiskey and the evening ended soon after. The playful side of cops is rarely on display in public. But Julio is not just another famous cop. I wish more of us had the gumption to firmly tell our netas, “Sorry, I am not available!” Had more citizens done this, Maharashtra would have been a far better place and not a den controlled by ‘criminals in uniform’.