Priyanka Chopra Jonas is on a roll at the moment. Unfinished, her play-it-safe memoir, is due for publication this month, and the publicity blitz is on at full throttle. Priyanka is in London, staying in a bubble as she shoots for a forthcoming international production. We conduct our interview for the Jaipur Lit Fest between shots―she in an electric blue outfit, with a crackling fire in the background, while I sweat it out in muggy Mumbai. I had read her book in one go, and all of it was fresh in my mind as we spoke. I started with the last chapter first. There had been a barrage of non-stop back and forth between her publicists, me and the JLF team. There were far too many ‘sensitive’ questions that had to be avoided, even though they are mentioned in the book and are far from sensationalistic. I was amused by these fervent requests to keep our conversation sanitised and casual. I mean―PeeCee is a global personality who has smoothly handled television hosts like Jimmy Fallon and Ellen DeGeneres. What was she feeling so coy about?

I have interacted with Priyanka for over a decade, and always come away impressed. She is highly intelligent, frighteningly articulate, ambitious and disciplined. The memoir is described as a journey of self-discovery―and, in many ways, it is exactly that. Priyanka meticulously traces her childhood, teenage years, the beauty pageants she won and her unexpected entry into Bollywood. The rest is a familiar story known to her fans―her foray into music, subsequent move to Hollywood, Quantico and now The White Tiger―she is the executive producer of the hit movie and plays ‘Pinky Madam’ with panache. As a UNICEF ambassador, her voice is being heard across the world, especially her work with underprivileged children. 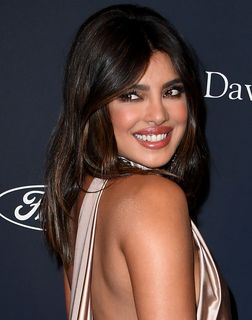 The book diligently chronicles her every triumph and achievement, and is sure to inspire young people. But does it reveal anything about her that is not in the public domain? Yes and no. She talks candidly about the racist comments she faced as a student in the US, and the taunts that came her way in Bollywood as a ‘dusky’ newcomer looking for the right break. As she herself states, she wants to hang on to 10 per cent of her life as a private space, not meant for sharing. The balance 90 per cent is all yours! I would have preferred to settle for a 60-40 ratio.

The last time we met was when she agreed to deliver the prestigious Penguin Annual Lecture in Delhi (2017). I was gobsmacked by her delivery that night―she dazzled and was an incandescent presence on stage. She flew in and flew out within hours, made no starry demands and behaved like an absolute trouper. There was zero evidence of jet lag, fatigue or impatience as she met young fans from an NGO she supports, in the lobby of the Taj Mahal Hotel, some of whom wept with emotion when she hugged them and spoke a few kind words. Dressed in a shocking pink jump suit, she looked and behaved every inch the international star she is.

All our encounters over the years have been relaxed, woman-to-woman exchanges. Priyanka’s mother, Madhu, is a ‘real babe’ (down-to-earth, outspoken) I enjoy meeting. But it is Ashok, her late father, whose presence dominates the narrative. She proudly carries him on her wrist with a tattoo that reads, ‘Daddy’s li’l girl’.

And, yes, if you are dying to know what makes her marriage to Nick Jonas tick―Priyanka provides a mantra. For me it was the mention of a mandir next to the grand piano in their Beverly Hills home that said more about their bond than all the words devoted to their first date, unexpected proposal and present life.