Unquestionably, the biggest corporate hero in India right now is the 53-year-old managing director of the Bajaj Group. His unfiltered, bold and scathing critique of the Rs20 lakh crore “stimulus package”—grandly announced by the prime minister—and further spelt out by his loyal finance minister, had citizens wondering what the hell was going on, given the enormity of the economic crisis, combined with the tragedy of the migrants-on-the-move issue.

It took a straight-talking captain of industry, Rajiv Bajaj, to call their bluff, when he described the package as “unsustainable, piecemeal and erratic”. He spoke up strongly against the “arbitrary lockdown” and mentioned a “governance problem”. As if that was insufficient, he also described the strict lockdown as a “draconian move” and accused the government of “preposterous” handling of the crisis, saying what was started by the coronavirus was spread by the authorities. He urged corporate India to speak up, while assuring his employees there would be no job cuts. By making his position abundantly clear and not mincing words, Rajiv Bajaj not just lived up to the outspoken legacy of his father, the legendary Rahul Bajaj, but also took it a few notches higher. 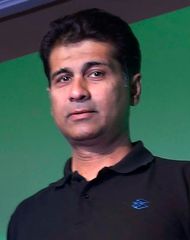 The almost near subjugation of corporate India is really a matter of disappointment to citizens. Goldman Sachs says India will experience its worst recession ever with a 45 per cent second quarter slump. Despite such dire warnings, business leaders have refused to castigate the government or suggest swifter ways to bounce back. Rajiv Bajaj warned unequivocally: “Do not hold a sword over people’s heads.” Why should Bajaj Jr be the lone ranger in the dense corporate jungle? Why are the other big boys on the block silent?

One of my earliest memories of Rajiv go back to a holiday years ago. Both our families were staying at the same resort. Rajiv was clearly a fitness and yoga buff; I watched in awe as he effortlessly stood on his head, and performed various complicated asanas. He talked amiably to everyone, as did his wife Deepa. His son Rishabh was a toddler at the time. I was most impressed by Rajiv’s personality, and his lack of pretence. He behaved like any regular guy taking a break with the missus and kid, unlike some of his contemporaries (including a few members of the Bajaj clan), who often strut around throwing airs, with an entourage in tow.

Hmm, I remember thinking, how refreshing this chap was. The same chap who took over the reins at Bajaj Auto in 2005, turned the company’s fortunes around, by introducing the wildly popular and commercially successful Pulsar brand. Rajiv leads a team of 45,000, and lives a quiet family life, away from the glare of celebrityhood.

Recently, he has become a staunch advocate of a homeopathic immunity booster called Camphora 1M, which he believes can help combat the deadly virus. Such is Rajiv’s credibility and stock right now that my daughter promptly ordered Camphora 1M for our entire family.

This is the thing about heroes, particularly those who shine during a crisis—people start looking up to them since the scenario on most other fronts is so discouraging. By raising important and relevant issues, by asking for clarity, Rajiv Bajaj has displayed the sort of leadership qualities that are disappointingly absent in others. He has urged the prime minister to “give direct money into the hands of people”. He has been pushing for opening up factories and getting back to work without further delay. “Start an ‘inspector raj’,” he says, assuring authorities that his factories will comply with whatever rules come into play. Respect!