So, are you happy?” A reporter asked accused No 4 Peter Mukerjea as he left the court after being granted bail in the Sheena Bora murder case. Peter grinned and replied, “You mean is the Pope Catholic?”Hurrah! Peter has got his swag back! It has taken more than four years to be granted bail. In the interim, Peter has had a bypass surgery, lost weight, hair and smile and has taken to walking with a stick. The Bombay High Court has stayed the execution of the bail for six more weeks, which allows the CBI to contest it in the Supreme Court.

In the sessions court, Indrani Mukerjea, his ex-wife and prime accused in the murder case, asked the judge why she would kill her own daughter when it was more logical to murder Peter, considering 75 per cent of his assets were in her name and the rest was jointly held by them! That is a fresh spin to the macabre story, and heaven knows what Indrani may spring next to extricate herself. 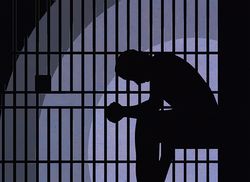 Cut to Peter’s life pre- and post-Indrani. We knew him socially and greatly enjoyed his company. Here was an urbane, witty, naughty bossman, with an eye for the ladies. Then along came Indrani, and everything changed, including Peter’s rambunctious personality. We continued to meet them as a popular couple, and watched Indrani’s metamorphosis from a fairly unsophisticated but enormously confident woman to a spunky Mumbai socialite. Soon, she became a boss lady herself and boasted to everybody she met at parties and events that she earned much more than Peter and was running the show while her husband “chilled”. Peter basked in her glory, glowing with pride, as she held court and talked ceaselessly about her new acquisitions—homes in London and the South of France (it could be south of Spain, I forget), which she generously offered to me and my family to vacation in if we ever happened to be in that part of the world. Through her whirlwind professional and personal journey, Peter stayed in her shadow. It was clear he was a hopelessly besotted husband, unable to see a single flaw in his wife.

Last year, at the Times Litfest in Bengaluru, a soft-spoken lady approached me in the authors’ lounge and introduced herself as Shangon, Peter’s sister. She wanted some time to speak to me in private. I was about to walk into my own session, and requested her to wait for me. Later, we chatted for 20 minutes as she took me through the minutest details of the case. I promised to assist in getting her story published in the Mumbai papers, but not a single editor was prepared at that stage to run the piece. It is, after all, a sensitive case, and matters are still sub judice. Shangon and Gautam (Peter’s brother) have been attending every court hearing, sitting next to their jailed sibling, bringing him his favourite snacks and keeping his morale up, while monitoring his failing health. Shangon mentioned pointedly that nobody comes to cheer up Indrani, except her lawyers. That is telling in itself.

What happens next will be fascinating to track. Peter will not be allowed to meet his son Rahul, who was Sheena’s boyfriend and is a witness in the case. But at least he will be out of his jail cell, eating home-cooked meals and sleeping on his own bed. Whatever the outcome of this murder mystery, Indrani remains at the centre of the narrative. And, she is one tough cookie. Her health is not good, but her mind is ticking brilliantly. She, too, has applied for bail, arguing that if Peter was granted his, why discriminate against her. She has claimed that so far all the evidence produced in court has fallen flat. She also recently accused her former driver (who turned approver) of demanding Rs50 lakh from her to keep mum. With so many accusations and counter-accusations flying around, the curtain is unlikely to come down in a hurry on this sordid drama.