Over the past decade, India’s brand equity, assiduously built over the previous quarter century, has depleted. Several factors contributed to the waxing of Brand India in the two decades since 1991 and an equal number of them have contributed to its subsequent waning. Three prime ministers—P.V. Narasimha Rao, Atal Bihari Vajpayee and Manmohan Singh—were associated with building India’s brand as an emerging economy and rising power. While a weakening of the brand began in the last couple of years of the second Manmohan Singh government, there has been a precipitous decline under Prime Minister Narendra Modi.

What then were the factors that built Brand India and what have contributed to its depletion?

Till the 1980s, India was seen as part of a laggard south Asia that was being left behind by the impressive economic growth process under way in east Asia. The 1990s changed that. India’s improved economic performance after 1991, especially within a policy framework defined by liberalisation and the freer play of market forces, made the world sit up and view India as part of the ‘Asian miracle’. Even sceptical east Asians began to acknowledge that India was learning and was likely to catch up. As a consequence, doors opened to the east, and India became an active member of what came to be called the Indo-Pacific. 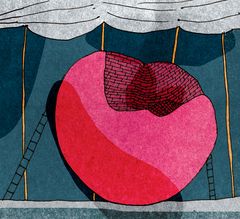 A second factor powering Brand India was the emergence of the knowledge economy based on information technology and biotechnology. India’s contribution to the emergence of the software and data processing industry established it as a knowledge power in the new economy. India’s successful integration into world trade—thanks to membership of the World Trade Organization—with India’s share of world trade rising from 0.5 per cent in the 1980s to close to 2 per cent by the 2010s also shaped global perceptions about India. As doors opened to the west, Indians found themselves increasingly welcome in the United States, cementing that relationship.

A third factor that helped promote Brand India was the emergence of India as a nuclear weapons power that had left its traditional rival Pakistan behind and was catching up with China as an Indo-Pacific power. The Rising India narrative was built on this foundation.

Finally, and most importantly, India’s global stature was enhanced by the fact that its economic rise was seen as the success of a plural, secular and liberal democracy in a developing economy, offering a counter to China’s experience of economic rise as an authoritarian state. US presidents George Bush and Barack Obama said as much, defending their approach to India between 2000-2012.

Over the last seven years, each of these aspects of India’s rise in the post-Cold War era has come to be questioned and challenged. Asia to India’s east is as wary of this ‘New India’ of Narendra Modi and Amit Shah as are the trans-Atlantic powers. Their combined desire to keep rising China under check has continued to help keep many doors around the world still open to an India that increasingly disappoints them. We owe President Xi Jinping a big ‘Thank You’ for this.

Just as India’s emergence as an IT and software power burnished its global brand at the turn of the century, its nascent emergence as the ‘pharmacy of the world’, with the promise of affordable medicine, began to contribute to Brand India, until the incompetent handling of the Covid-19 pandemic unravelled the India story. The combination of ideological intolerance and administrative incompetence has depleted Brand India at home and overseas.