Few among the power elite in India seem willing to be classified as such. It seems a very Indian thing, this faux humility. The upper castes claim they no longer are the privileged. Business elites complain that politicians and bureaucrats have more power. Politicians lament that they are beholden to vote banks and money bags. Bureaucrats say they have always been only civil servants. All this adds to the additional complication that in India there are multiple hierarchies of power defined by class, caste, language, culture and so on. So, who are the power elite?

An amusing reaction to my new book, India’s Power Elite: Class, Caste and a Cultural Revolution, has been a universal denial of their elite status and their elitism by the powerful. The IAS will tell you that they are no longer the elite corps they once were and that colleagues in the police and revenue services now rule the bureaucratic roost. Business leaders draw attention to tax raids and regulations to point fingers at politicians as the really powerful. Either money no longer fetches power or far too much of it is demanded in exchange for too little patronage. Military officers argue that they have been excessively subordinated to civilian control. Celebrities in the world of media, academia and even entertainment question my arguments about their power, drawing attention to the many attacks on their freedom by politicians in power. Even a powerful prime minister complains that government officials have become roadblocks and bottlenecks in governance. So, who are India’s power elite? 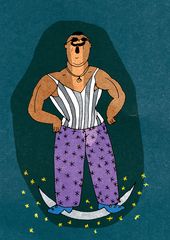 When American sociologist C. Wright Mills wrote his classic study on The Power Elite (1956) in the United States, he had no problem identifying who controlled the levers of power in ‘post-war’ America. Business barons, military leaders, wealthy and influential celebrities and well-heeled politicians were Mills’s power elite. “The power elite is composed of men whose positions enable them to transcend the ordinary environments of ordinary men and women; they are in positions to make decisions having major consequences,” wrote Mills. “They are in command of the major hierarchies and organizations of modern society. They rule the big corporations. They run the machinery of the state and claim its prerogatives. They direct the military establishment. They occupy the strategic command posts of the social structure, in which are now centred the effective means of the power and the wealth and the celebrity status which they enjoy.”

Inspired by Mills’s classic, I tried to define the Indian power elite and soon came up against the complexity of our society. Apart from the obvious additional dimension added by caste, the Indian reality presents a matrix of cross-cutting hierarchies that few sociologists have been able to clearly delineate in terms of their power. The socialist leader and political guru of the so-called “other backward classes”, Ram Manohar Lohia, offered a simple definition of who constitutes India’s power elite by identifying three features—upper caste status, inherited wealth and command over the English language.

This simple definition, offered in the 1960s, has been challenged by the social, economic, political and what I define as cultural change over the past half century. Middle castes have acquired as much, if not more, political power as the upper castes; power has yielded wealth for the newly rich; and, English language is no longer such an important social differentiator. Change is afoot and my book tries to capture this change. Interestingly, many from the ‘old elite’ have called to concede the decline in their social standing, but many among the ‘new elite’ are irritated about being so identified.