Sanjaya Baru: Canada, South Korea and Vietnam will seek membership of a Quad Plus

Everyone likes to be a member of an exclusive club, yet no one likes a club whose membership rules disbar you. That social paradox extends to the world of international relations. When Russia brought together Brazil, China and India to launch a quadrilateral group called BRIC, with the stated objective of creating a new world order, the US pooh-poohed it as a gathering of wannabes. A decade-and-a-half later the heads of government of Australia, India, Japan and the US have come together to form the Quad. China has dismissed it as a ‘talk shop’.

When China invited South Africa and made BRIC into BRICS, many analysts argued that they lacked the concrete required to hold them together. It took three BRICS summits of long speeches, longer joint statements and no concrete agenda for India to finally come up with the proposal that the group set up a rival to the US-led World Bank in the form of a development bank, now called the New Development Bank. That China came to dominate BRICS and the bank was located in Shanghai was a natural consequence of the fact that China’s national income and its foreign exchange reserves are more than the combined national income and reserves of the other four. 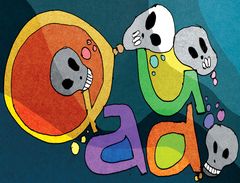 Quad’s success will be determined by the extent to which the US is willing to address the concerns of its three partners. In any club the most powerful set the terms of engagement. What Quad will achieve in geopolitical terms apart from putting China on guard, important as this objective is, is not yet clear. China’s protestations about Quad being a ganging up are vastly exaggerated given that it is itself a member of many such plurilateral groups that have kept one or the other Quad members out.

What Quad has already achieved in geo-economic terms is to use the Asian demand for Covid-19 vaccines as an opportunity to create a four-way economic relationship that combines the benefits of American research, Japanese funding, Indian manufacturing capacity and Australian marketing network to supply vaccines to Asian developing countries. This is without doubt a smart idea and one that can ensure its equal ownership by all four partner countries.

For the Indian pharmaceuticals industry, that has for many years faced an unequal playing field in overseas markets, the vaccine opportunity has been a boon. Countries that once sought to erect barriers to entry to Indian pharma are now laying out the red carpet. This is welcome news. The Quad have already demonstrated their ability to cooperate in the space of maritime security in the Indo-Pacific region and will continue to explore new areas for cooperation and combined action.

For Prime Minister Narendra Modi, the formalisation of Quad and its elevation to summit-level meetings is without doubt the single most important diplomatic achievement of his prime ministerial career thus far. Modi had no remarkable foreign policy achievement of his own in his first term, like Manmohan Singh’s historic nuclear deal with the US. He did, however, take forward many initiatives of his predecessor, including the relationships with the US, Japan and Australia.

The formalisation of Quad and the articulation of a clear purpose and agenda through a joint statement is a landmark development on the geopolitical and geo-economic front and a significant achievement for Modi. It has the potential to provide a framework within which India can once again secure a global environment more hospitable for its economic rise. It is entirely possible that over time countries like Canada, South Korea and Vietnam will seek membership of a Quad Plus.