The politics of U-turns

The stand taken by the BJP and the Congress on a range of policy issues including the farm laws issue, disinvestment and various budgetary initiatives has prompted spokespersons of both parties to point to each other’s reversal of stance over time. While Prime Minister Narendra Modi sought to embarrass the Congress by pointing to the views expressed on farm sector reform by none other than former prime minister Manmohan Singh, former Congress minister Jairam Ramesh has tweeted a statement by Modi when he was chief minister of Gujarat to show the PM’s own U-turn on the issue.

Jairam quotes the report of a working group of chief ministers on consumer affairs, constituted in 2010 and chaired by the then chief minister of Gujarat, whose members included the chief ministers of Andhra Pradesh, Maharashtra and Tamil Nadu, that says, “We should protect farmer’s interests by mandating through statutory provisions that no farmer-trader transaction should be below minimum support price.” Modi presented this report to Singh in 2011.

Both parties have one advantage. Today’s BJP, led by Modi and Amit Shah, has not had any problem disowning the policies of yesterday’s BJP led by Atal Bihari Vajpayee and Lal Krishna Advani. Equally, today’s Congress led by Rahul Gandhi has had no problem dumping the policies of yesterday’s Congress governments headed by P.V. Narasimha Rao and Singh. 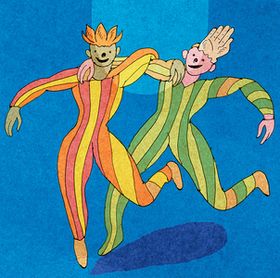 This tactic of U-turns has not been confined to domestic economic policy alone, and has also extended to foreign policy. The BJP in opposition rejected the India-US civil nuclear energy agreement that was in fact initiated by Vajpayee. Back in power, under a different PM, the same BJP that opposed the nuclear deal quietly completed it by fudging its stand on the nuclear liability law.

Parties come to power opposing some major initiative of the party in government and, once elected to office, go ahead and do precisely what they promised not to. Purists call this hypocrisy. Politicians call this pragmatism. Politics, they remind us, is the art of the possible. If it is possible to win elections saying one thing, while it is not possible to run a government without reversing one’s stance, then pragmatism demands a U-turn.

Singh took a stoic view of such pragmatism. “Do not judge a political party by what it says when in opposition.” He would say, “Judge it by what it does when in government.”

The remarkable continuity in policies—domestic and foreign—through successive changes of government validates Singh’s pithy, if cynical, observation. So all this business of pointing fingers and calling each other hypocrite is a waste of energy. The fact is that with the exception of BJP’s ‘Hindutva’ agenda and its communal politics, on almost all other policy issues the BJP and the Congress are often on the same page.

In an increasingly personality-driven politics ideology plays second fiddle. Hopefully, voters would judge a political party by what it does rather than what it says and the impact of policy in practice on people would remain the final arbiter.