A silver lining to the large and looming dark cloud of concern about institutional decay and falling standards is the revival in the status of the Padma awards. Instituted in the early 1950s, to recognise individual contribution to national development, social welfare and to the fields of culture, education, the sciences, business and economic development, the Padma awards have had a chequered career. While many distinguished awardees have helped elevate the status of the awards, some black sheep have brought disrepute to the award and the process by which nominees were chosen.

Some years ago, a major controversy erupted around the UPA government’s decision to bestow upon a New York-based businessman, against whom various cases had been pending in law courts in the US and India, a Padma Bhushan. Less questionable but equally controversial have been awards to all manner of politicians, bureaucrats, journalists and economists by the governments of both Atal Bihari Vajpayee and Manmohan Singh. 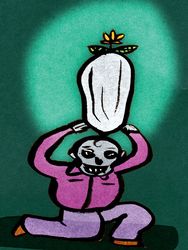 Even Bharat Ratna, the highest national award, has not been bereft of controversy. Many had questioned the posthumous award of Bharat Ratna to Tamil Nadu’s M.G. Ramachandran in 1987, when no such award had been given to a B.R. Ambedkar or a Sardar Patel. It was prime minister V.P. Singh who named Ambedkar to a Bharat Ratna in 1990 and prime minister P.V. Narasimha Rao who named Patel. Curiously, Prime Minister Narendra Modi gave Pranab Mukherjee a Bharat Ratna, but has so far denied it to Narasimha Rao despite demands from all around.

Given the controversial past of Bharat Ratna and Padma awards, Modi may be credited with at least trying to elevate the status of these awards by encouraging the government-appointed nominations committee to increasingly pick individuals who have done worthy service to society. In the run-up to this year’s Republic Day, and before the list of this year’s awardees is made public, Lok Sabha Speaker Om Birla has invited some of the awardees from the last few years to share their work with members of Parliament. Twenty Padma awardees are expected to make online presentations on best practices from various fields of social work. This is a welcome initiative. It should help curb the cynicism associated with the awards process and allow the lotus to bloom again.

This is not to deny that some undeserving or controversial individuals still do manage to get their names listed. I must confess I became increasingly cynical about Padma awards after observing the kind of lobbying that used to go on. I cannot believe it has ceased completely.

In the end one must ask what national purpose such national awards serve. Apart from merely recognising good work, or gratifying friends and influencing people, the selectors must choose such individuals for these awards who may be regarded as national icons.

When an engineer like Mokshagundam Visvesvaraya or a scientist like C.V. Raman was named a Bharat Ratna in the 1950s, they were also regarded as iconic heroes who have since inspired millions to excel in their fields. When Narasimha Rao named J.R.D. Tata to Bharat Ratna, and he is the only industrialist so far so named, he was holding JRD up as a national icon.

The Modi government’s decision to honour individuals from the fields of social work and social development should be welcomed. However, India also needs icons in fields like science, engineering, medicine, architecture, teaching, municipal administration, farming, horticulture and rural development and so on, who can inspire others by becoming objects of national pride, regard and celebration.