Actor Rajinikanth’s decision to opt out of Tamil Nadu’s political sweepstakes will bring to an end a long era of personality-based politics in the state. While the Dravidian leader C.N. Annadurai’s challenge of the Indian National Congress in the 1960s had a distinct ideological edge to it, the subsequent evolution of Dravidian politics focused increasingly on personalities. Thus, Tamil politics revolved for close to half a century around the film personalities of M. Karunanidhi, M.G. Ramachandran and J. Jayalalithaa.

While film actor Kamal Haasan has decided to remain in the state’s political arena, his is not the kind of personality that can spawn a cult in the manner in which MGR and Jayalalithaa managed to, and Rajinikanth had the potential to. Rajinikanth’s entry into electoral politics would have given the politics of personality cult a fresh lease of life in Tamil Nadu. With the thespian opting out, Tamil Nadu’s politics may return to the national norm of a mix of ideology, money power and wheeling-dealing. Neither the DMK’s Stalin nor any of the other leaders of the clutch of Dravidian parties, nor indeed the local leaders of national parties, have anyone with any charismatic appeal for the voter. Even national leaders like Narendra Modi and Sonia Gandhi have not been able to stir the Tamil voter to any significant degree.

All this would make the political race in Tamil Nadu very interesting. In West Bengal, politics revolves around the personality of Mamata Banerjee. Neither the BJP nor the Left-Congress alliance has been able to offer a leader of equal standing. 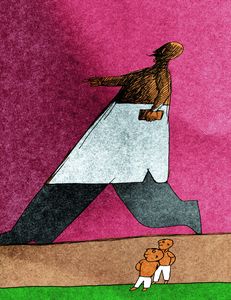 Wherever personalities have come to dominate politics—including at the national level with Modi creating a ‘personality cult’ around himself—the formula is quite simple and predictable. Political outcomes increasingly depend on the image of the leader rather than the leader’s performance.

This phenomenon is observed at the global level, too. From the world’s oldest democracy, the US, where Donald Trump pursued the politics of personality, to China, where Xi Jinping does the same, we see the projection and assertion of individual personality in tandem with the pursuit of ideological politics. Those who find the media projection of Modi amusing—posing as he does with peacocks and foundation stones in fancy headgear and dress—should pay attention to the Chinese media’s projection of Xi. Chinese television projects Xi’s public appearances much like Indian television does of Modi’s.

Twentieth century’s democratic leaders learnt their lessons in the politics of the personality cult from the populism of despots. Edgar Snow, the American chronicler of Mao Zedong’s thoughts and achievements, has captured it well in his account of the chairman’s dominance in China. Snow suggests that a key to comprehending Mao’s leadership is the central role played by the ‘cult of personality’.

In one of his many conversations with Mao, Snow quizzed him on the issue. “In the Soviet Union, China has been criticised for fostering a cult of personality. Is there a basis for that?” Snow asked Mao. “There perhaps was,” replied Mao, without any hesitation. Mao then told Snow that while Stalin had been the centre of a cult of personality, Khrushchev never bothered to promote one around himself. “Mr Khrushchev fell,” Mao told Snow, “because he had no cult of personality at all.” Clearly, Mao’s message has been internalised not only by Xi, but also by many of his contemporaries in democracies around the world.