Trade tango in a twist

Having turned its back on a regional trading agreement covering the Asia-Pacific region, the BJP now says that it would seek a free trade agreement (FTA) with the trans-Atlantic economies of the US and the European Union. Gopal Krishna Agarwal, the BJP’s national spokesperson on economic affairs, was reported saying, “We are positive that FTAs with the EU and US will benefit India and talks will be resumed.” Apart from the fact that this statement runs contrary to the view on FTAs espoused by many BJP worthies including Nirmala Sitharaman and S. Jaishankar, as well as the views of the Swadeshi Jagran Manch (SJM), it would also appear as if India is chasing two birds in a bush, having given up the bird in hand.

There may be very good reasons why India opted out of the Regional Comprehensive Economic Partnership (RCEP) agreement. The two most important were that its signatories were not willing to alter the rules of origin that India felt would unfairly benefit China and were unwilling to widen the scope of the agreement to include services trade that India sought. An agreement that was in fact initiated by the Association of Southeast Asian Nations (ASEAN) ended up being perceived as China-led. While Japan made a friendly gesture by saying the doors are still open for India, the fact remains that Asia to India’s east has turned its back on her and signed up with China, at least on trade. 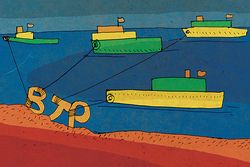 While foreign policy analysts have called the Indian decision on RCEP a retreat from her ‘Look East/Act East’ policy and at odds with her Indo-Pacific strategy, trade economists have questioned the assertion that FTAs have contributed to India’s ‘de-industrialisation’. If Indian industrialisation has not proceeded at the required pace, the reasons are largely domestic—ranging from the ‘unease’ of doing business to the inadequacy of investment in infrastructure, in trained and productive human capital and, a much less discussed issue, the entrepreneurial and technological incompetence of the traditional business class.

Despite all these hurdles, the Indian economy did reasonably well compared with her peers during the quarter century 1990-2015; a period during which the share of trade in national income went up from less than 20 per cent to more than 50 per cent. During the same period India’s share of world exports increased from 0.5 per cent to 1.70 per cent. The anti-trade rhetoric of the BJP gets little support from data.

Faced with these anti-trade views of an SJM spokesperson in the 1990s, international trade economist Jagdish Bhagwati famously said, “If he is an economist, I am a bharatnatyam dancer!” BJP spokesperson Agarwal’s assurance that after rejecting RCEP, and FTAs in general, his party’s government would seek an FTA with the US and EU looks more like an impromptu twist and cha-cha-cha than methodical bharatnatyam.

It also begs the question as to how India can get a more favourable FTA out of the US and EU than it was likely to get from its Asian neighbours. The record of multilateral and regional trade discussions over the past two decades, ever since the Doha Development Round of the World Trade Organization got grounded, suggests that both the US and the EU seek assurances that India is unwilling to give. The fact that they have become India’s geopolitical partners and share concerns about an aggressive, assertive and rising China does not mean they are willing to be accommodative on trade. That is precisely why even a ‘politically friendly’ Donald Trump administration was unwilling to be friendly on trade. Clearly, New India needs new thinking on trade.