The International Monetary Fund was once the bastion of what its critics have dubbed “neo-liberal economics” and the home of what is famously known as the “Washington Consensus”—that free markets, free trade, economic openness, less government and more private enterprise are all good for growth. Covid-19 is upending much of that orthodoxy. The IMF convenes this week for its annual meeting under the leadership of a woman chief born in communist Bulgaria, Kristalina Georgieva, and a chief economist, Gita Gopinath, who briefly advised the communist government of Kerala. Neither of them is a lefty, but neither swear by neo-liberal economics.

Under the watch of these two women leaders the IMF’s World Economic Outlook, unveiled in time for the annual meetings of the Fund and the World Bank, makes a case for greater public investment as a way of countering the post-pandemic economic slowdown in developed and developing economies. The WEO suggests that a 1 per cent increase in public investment could trigger a 10 per cent increase in private investment. A third lady in the equation, Union Finance Minister Nirmala Sitharaman, has responded with alacrity announcing a new spending programme aimed at boosting demand in the coming festive season.

A major post-Covid-19 challenge for economic policymakers remains that of dealing with the consequences of uncertainty triggered by the pandemic and the economic slowdown. Households and firms have become risk averse, unsure of future income. While lockdowns are being eased, uncertainty about the likely course of the pandemic continues. The US-based National Bureau of Economic Research (NBER) has put out an Economic Policy Uncertainty Index (EPUI), which seeks to measure the incidence of uncertainty in an economy, by gathering data from mainstream media in 26 major economies. 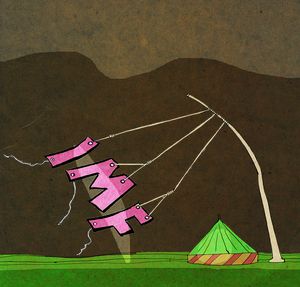 The index measures the frequency with which words like “uncertainty” and “economic policy” occur in the media along with the incidence of news coverage on fiscal, monetary and trade policies. The EPUI team finds a global spike in reporting on economic uncertainty from the early part of 2020, with EPUI increasing from an annual average of 267 in 2019 to 320 in the first eight months of 2020. The NBER study shows how Covid-19 “triggered a massive spike in uncertainty”, caused by absence of definitive assessments of the “infectiousness, prevalence and lethality of the virus; availability and deployment of antigen and antibody tests; the capacity of healthcare systems to meet an extraordinary challenge; and how long it would take to develop and deploy safe, effective vaccines”. It also draws attention to continued uncertainty about state capacity— managerial and fiscal—to deal with the consequences of the pandemic and the fall in economic activity. There is uncertainty about future incomes, employment prospects, speed of recovery, consumer spending, and saving behaviour and investor sentiment.

Much of current economic activity is based on expectations about the future. If uncertainty has gripped economic agents around the world, that would alter expectations in ways not seen before. After the Second World War there has been no other global phenomenon that has generated so much uncertainty about the future. The oil crisis of the 1970s was one such event but its consequences were managed within a reasonable period of time and the world economy adjusted itself to a regime of higher prices. The Asian and transatlantic financial crises of 1998 and 2008 were addressed before they became truly global. Many countries, including India, have been hesitating to spend more and it appears the IMF nudge has helped Sitharaman move.