Down Under looks up

The virtual summit between Australian Prime Minister Scott Morrison and Prime Minister Narendra Modi was historic—both in form and content. Given the media focus on Covid-19 and on India-China border tensions, the meeting did not get the attention it deserved. Apart from the foreign policy cognoscenti au fait with the ups and downs of India-Australia relations, few may be aware of the difficult journey that both Australian and Indian diplomats have had to make to get to the point where Modi and Morrison found themselves.

While both countries paid little attention to each other through most of the Cold War, despite their shared history of British rule, the bilateral relationship actually worsened after the Cold War, when Australia sanctioned India for the Pokhran-II nuclear tests.

However, prime minister Atal Bihari Vajpayee was willing to forgive Australian high-handedness at the time and pay a visit to Canberra. I discovered this when I turned up for lunch at the home of the Australian high commissioner Penny Wensley in early 2004. My host had just returned from a meeting with national security advisor Brajesh Mishra, and told me very excitedly that Vajpayee had agreed to travel to Australia “after the elections”. Vajpayee ended up losing those elections and Manmohan Singh kept delaying his visit, waiting for Australia to come to terms with India’s nuclear weapons status and agree to sell uranium. 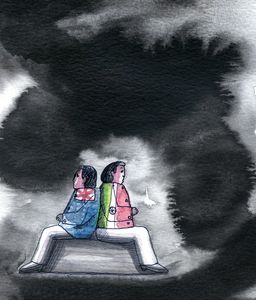 Meanwhile, something else turned up to spoil the bilateral equation. China. While students of foreign affairs can read the pro-China writings of Australian strategists like Hugh White, and some of the early speeches of former Prime Minister Kevin Rudd (a Mandarin speaking China lover who has since changed colours), to appreciate the depth of the Australia-China bonhomie in early 2000s, the best popular introduction to how Australia was kow-towing to China would be the Australian television series Secret City! Imagine a TV series that showed an Indian cabinet minister having an affair with the spouse of a foreign diplomat, of whatever country. Secret City had the Australian defence minister in bed with the wife of the Chinese ambassador. Nothing could be more candid in revealing the depth of Chinese penetration into Australian elite circles.

The Modi-Morrison joint statement on a comprehensive strategic partnership inaugurates a new phase in the bilateral relationship. In November 2014, Modi delivered on Vajpayee’s promise and visited Australia. From then on, Australian officials favouring closer relations with India have had to work hard to overcome the influence of the China-lobby in Canberra. If there is one person who deserves credit for cementing the bilateral relationship it is former Australian high commissioner to India, Peter Varghese.

I first met Varghese in Singapore when he came to see me at the Lee Kuan Yew School of Public Policy, where I was then teaching. Varghese was preparing for his New Delhi posting and wanted to know all about India. On completing his extended tenure, he returned home as Australia’s foreign secretary and subsequently wrote an influential report on an India strategy up to 2035. Battling the China-lobby at home, diplomats and analysts like Varghese had to convince their peers and political masters that placing all eggs in the China basket was no strategy.

While a bulk of Varghese’s report focused on economic opportunities in India, the last chapter provided a “geopolitical pillar” to the relationship, identifying shared strategic interests and perspectives within the wider Indo-Pacific and Indian Ocean regions. However, geopolitical considerations alone cannot keep Australia engaged, given China’s continuing economic allure. India will have to deliver on the economic and trade fronts to get those Down Under to look up.