The Covid-19 lockdown will be remembered for many things. One of them, without doubt, would be the tsunami of policy advice that has hit many governmental shores around the world. Sitting at home and forced to read, reflect and write, professionals in the policy world—ranging from pure academics and theorists to locked down government officials and their retired seniors—have loads of time to think about the pandemic and its consequences and come up with solutions.

Crisis periods are like that. When governments are hit with unexpected challenges, they reach out to practical ideas from wherever they can get them. The Great Depression and the era of post-war reconstruction were two such periods when governments desperately looked around for ideas and that is when economists came into their own. The tallest among them was John Maynard Keynes, the father of modern macroeconomics. Keynes’s biographer Robert Skidelsky subtitled the second volume of his three-volume biography thus: ‘The Economist as Saviour’. 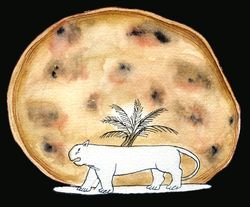 In an earlier era, wrote Skidelsky, the common folk turned to priests and soothsayers for reassurance about the future in the midst of uncertainty. In the 20th century of reason, logic and empiricism, they had turned to the economist. “The generational shift with which Keynes was associated,” writes Skidelsky, “is properly called avant-garde. His generation saw itself as the front line of the army of progress.”

However, Skidelsky adds, Keynes gave central importance to uncertainty in the realm of policy-making. All human action in the present is taken based on data from the past and assumptions about the future. But in a world of uncertain outcomes, “uncertainty pervades both private and public calculations of means to achieve given ends”. Skidelsky accused Keynes’s disciples of not paying adequate attention to the role of uncertainty in policy-making.

In a crisis, the more successful governments are those that can manage the implications of uncertainty. Risk can be calculated, based on probability. Uncertainty is a virtual black box. One way in which economic policy makers have handled uncertainty is to rely on the disciplines of psychology and sociology. How are individuals and groups likely to behave under given circumstances? In going into the lockdown, the government may not have had enough time to reflect on its consequences. However, at the end of seven weeks of lockdown, there ought to have been adequate thinking within the government both on the consequences of continued lockdown and of the end of lockdown.

It is now clear that different social classes have reacted differently to the lockdown. The middle class have been remarkably tame. Usually more vocal and argumentative and more demanding of the government, the urban middle class has silently fallen in line and accepted the lockdown. The less privileged and poor have, however, shown little confidence in the government and have opted to return to the imagined certainty of their distant homes rather than accept the risk and uncertainty associated with staying put in less hospitable territory.

How will a population that has lived through the lockdown respond to various economic signals once the lockdown is lifted? Will the middle class regain confidence and return to public places? Will migrant workers return to places of work? Will consumers, savers, investors, employers trust governments? Can policy interventions of the past work in the future? Answers to these questions can only be found in the realm of human psychology and sociology. While behavioural economics may offer some answers, mainstream post-Keynesian economics would have little to contribute since most of its conclusions are based on past data and an understanding of homo economicus in a very different world.