A free press to police the police

During my tenure as media adviser to the prime minister in the first term of the United Progressive Alliance government, I was often frustrated by the ideologically biased, often tendentious, ill-informed reporting of many journalists. On a couple of occasions, I wrote letters to the editor in protest against such news reports targeting the prime minister. On a couple of other occasions, I went and called on the editor or the publisher, depending on who was really in-charge, and lodged complaints. Never did I ever lodge an FIR at any police station against a journalist. In the recent past, it appears it has become commonplace for chief ministers to routinely do so.

From West Bengal’s Mamata Banerjee to Andhra Pradesh’s Y.S. Jagan Mohan Reddy, and including such suave and westernised chief ministers like Naveen Patnaik of Odisha, an increasing number of chief ministers have been trying to muzzle the media. It is not surprising at all that Uttar Pradesh’s priest-turned politician Yogi Adityanath has also used the police under his charge to harass an award-winning editor, Siddharth Varadarajan, founder-editor of the online publication The Wire. Varadarajan’s fault was reporting that the UP chief minister was not observing social distancing even after the prime minister had urged the entire country to do so as a preventive measure against contracting Covid-19.

During my tenure at the PMO, no other journalist was as difficult to handle as Varadarajan, then with The Hindu, who ran a virtually one-man campaign against the terms of the India-US civil nuclear agreement that was still being negotiated. It was Prime Minister Manmohan Singh’s most important and pet initiative during his tenure. The discussions between India and the US began within weeks of Singh becoming prime minister in 2004, but the deal was finally clinched in 2008. No journalist made the process more difficult for Singh than Varadarajan. Yet, the government of the day did not raise a finger against him. While Varadarajan had his ideological bias, he rarely got his facts wrong. (It was a different matter that he was getting his facts from sources within the government!) 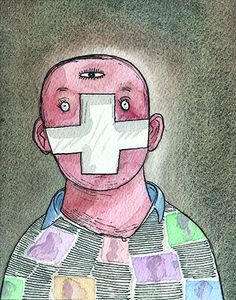 My approach to dealing with the media, as an official of the PMO, was simple—I classified the journalists I had to deal with into four groups: pro-BJP, pro-left, pro-Congress and the purely professional. Each time a pro-BJP journalist wrote something against the prime minister, I would offer facts to the contrary to one of the other three. Each time a pro-Congress journalist wrote something against the prime minister, and there were those who did, I would counter them using one of the other three. And so it went. The best way to deal with motivated reportage is to counter it with facts. If the facts favour the journalist, then the best course to adopt would be to ignore and move on. Even though few politicians have lost power because of professional reporting by journalists, the problem with many who enjoy brute legislative majorities is their intolerance of criticism and dissent. They become democratic despots very easily.

Chief ministers cutting across party lines have for decades made the police service do their bidding. In the recent past, we have seen the Union home minister similarly using the police force under his direct charge in Delhi to do the ruling party’s bidding; for example, when the Delhi Police allowed masked goons who attacked students and faculty on the Jawaharlal Nehru University campus to get away. The politicisation of the police force is one of the major governance challenges in India and only a free press can keep it under check.