Every city needs an AAP

For a chief minister who does not have even the powers of a mayor of most western cities, the head of Delhi’s local government gets a lot of national attention. For the second time in five years, Prime Minister Narendra Modi has pitched himself directly against Aam Aadmi Party’s Arvind Kejriwal in a campaign that opinion polls suggest places Kejriwal miles ahead of both national party rivals. In 2015, Modi suffered his first major electoral setback when the AAP swept Delhi polls. It was after that defeat and Rahul Gandhi’s famous jibe about Modi’s ‘suit-boot ki sarkar’ that the prime minister had to shift gears and turn populist in his policies. The consequences of that defeat are being felt even now in Modi’s economic policies.

Kejriwal’s larger-than-life image is partly because so much of the national media, especially television news, is located in New Delhi. The chief minister of Delhi is like the mayor of New York, whose name often figures among presidential hopefuls in the United States, but his powers and finances are nowhere near the latter’s. The police commissioner of New York is selected by the mayor and reports to him. Successive chief ministers of Delhi have complained that the city’s police do not report to them. 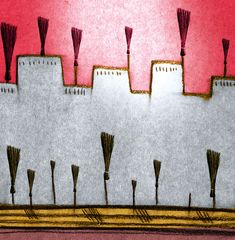 Delhi goes to vote on February 8 and by evening exit polls will give their verdict. If Kejriwal wins, as he is expected to, it will be because no political party has been able to present an agenda to the nation’s capital city that can hope to rival the AAP’s performance and promise. Indeed, the vote in Delhi will be for the AAP and not just Kejriwal. I have never met Kejriwal or any of his ministers, but I have had the opportunity to meet many of the young men and women who constitute the AAP’s backbone and it has always been an elevating and inspiring experience. Kejriwal’s best contribution to Indian politics has been to mobilise young people interested in improving education, health care and bring decency into human interaction.

In the three decades I have lived in New Delhi, I had never had the opportunity to meet my local member of the state legislature or municipality till a young man from the AAP got elected. His contribution to making the place where I live more liveable, his grasp of the nitty-gritty of municipal and urban affairs, his ability to coordinate the work between agencies of the government that often work at cross purposes has truly impressed me. It is the good work of such young people in the AAP that will make Kejriwal return to office. Hopefully, he understands that and continues to empower them. It would be terrible if a second victory makes Kejriwal too ambitious. He has lots of work to do in Delhi and he must continue to do that.

Every Indian city needs a local government like the AAP that pays attention to improving urban governance, infrastructure, finances, public service delivery and, above all, public education and health. It is by focusing on these issues that the AAP has endeared itself to Delhi’s citizens. Not by pandering to communal fears and resentment. In most states, on the other hand, the chief minister, his family and his ministerial and personal cronies keep a tight grip on urban space, enriching themselves and their next several generations. The India Against Corruption campaign and its political legacy remain the bright spots in an otherwise worrying national political landscape.