Economist Raghuram Rajan was criticised when, as governor of the Reserve Bank of India, he made critical remarks about domestic politics. That was understandable. Central bank governors are generally not expected to air their personal views on political and social issues of the day. However, as an academic economist, which is what Rajan now is, he has every right to speak his mind on any issue and certainly on issues that a professional economist believes impinge on economic policy and performance. So, the critics who questioned Rajan’s recent remarks on political issues are wrong.

It is one of the failings of modern economics that few professional economists are trained to understand the influence of political and social policies and events on economic performance. Indeed, the discipline of economics acquired shape in the womb of politics and of governance. Which is why it was originally referred to as ‘political economy’. Much of the economic theorising done by the discipline’s pioneers was about real-life policy issues and they showed acute awareness of the influence and role of politics and social attitudes on economic policy and performance. 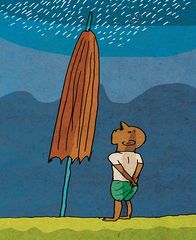 It is only after the Second World War that economics became increasingly about algebra, arithmetic and statistical techniques and the discipline shed the word ‘political’ from its name and declared itself to be a social ‘science’. Which is at least one reason why society expects economists to come up with scientific solutions to economic problems when so many of those problems originate in political and social choices people make.

Consider the case of India’s economic slowdown. There are, without doubt, purely economic and commercial reasons for it. However, there are also political factors. How politicians handle policy is just one way in which politics influences economics. How politicians prioritise their concerns is another. Political management of economic policy is an important determinant of economic performance, for it shapes investment decisions, consumer behaviour and savings preferences. John Maynard Keynes’s most valuable proposition was that expectations have a way of shaping outcomes. Politics and political communication shape expectations about the economy and thereby influence actual outcome.

The ‘rising India narrative’ played an important role in pushing up economic growth rates in the post-liberalisation era. Compared to the average annual rate of growth of national income of 3.5 per cent till the early 1980s, the post-liberalisation era saw growth rates double and accelerate to over 7 per cent. Economists have pointed to several factors that have contributed to the recent slowdown. One of them certainly is the political environment in large parts of the country and the political narrative being built around it.

It would be wrong to blame only one political party, even if the BJP should take a bulk of the political responsibility for economic policy and performance. Most state governments are today run by non-BJP parties. Their performance, too, remains below par. So much of the politics of today revolves around irrelevant issues with the core issue of economic performance not getting the attention it deserves. This environment of political one-upmanship, brinkmanship and constant pursuit of short-term gains by almost all political parties has harmed the economy.

The prime minister and most chief ministers are seen as being busy with and remaining pre-occupied by a range of non-economic issues and not paying adequate attention to the economy. This perception may be unfair and wrong. But, it exists. It is not just the executive that prioritises politics over economics. The judiciary, too, has adopted a lackadaisical approach to economic issues, often failing to appreciate the economic cost of judicial action or inaction.