A year to remember?

The Russian Revolution happened in 1917 and the Jallianwala Bagh massacre happened in 1919. Nothing of such historic significance happened in 1918. It was just another year. A century later we regard the Russian Revolution as a turning point in world economics and politics, and the Jallianwala Bagh massacre as a turning point in the history of anti-colonialism. These events shaped the 20th century. What are the events of 2018 that analysts in the future would regard as historic?

One way of answering that question would be to quote what Zhou Enlai is supposed to have said about the impact of the French Revolution: “It is too early to judge.” Who knows what obscure event of 2018 will be seen as a historic turning point a decade from now, or a century from now! Did anyone imagine at the end of 1919 that the Jallianwala Bagh massacre would light a fire across India, bringing Mohandas Karamchand Gandhi to the centre-stage of India’s anti-colonial struggle? Surely not.

Another way of answering the question would be to identify trends, rather than events, observed in 2018 that may have life-altering consequences for the human race. One such trend would be the spread and application of Artificial Intelligence. Another could be the observed retreat of the United States and the rise of China. But, in none of these cases does 2018 seem to have had a defining moment, unless US President Donald Trump’s declaration of a trade war against China becomes one such. 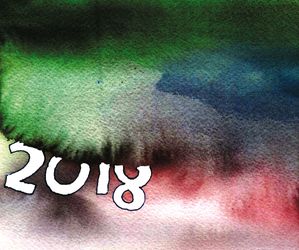 There have been interesting political and economic developments during the year in the Americas and Europe, but none of them seems as yet to amount to much. The western world will remember 2008-09 as a turning point thanks to the trans-Atlantic financial crisis. The west’s loss of confidence in itself began in the wake of that crisis. But, if Trump’s “geo-economic containment” of China bears fruit, then 2018 could well be viewed as a turning point in global geopolitics.

What about the home front? On the economic and foreign policy fronts nothing of much significance happened in 2018. Some economists believe 2018 has been a turnaround year, altering the slowdown that set in around 2012. If this proves correct, then 2018 would be seen as the end of a period of economic uncertainty and the beginning of a new cycle of growth. The jury is out on that question.

On the foreign policy front, Prime Minister Narendra Modi succeeded in stabilising all key bilateral relationships, including those with the United States, China, Japan, Russia and Germany. He has continued to engage Southeast and West Asia, stabilising India’s wider neighborhood. But, nothing of historic significance was achieved during the year.

It appears the only truly significant event of 2018 has been on the domestic political front. The revival in the fortunes of the Sonia Congress, Rahul Gandhi’s transformation into a credible political leader after a decade of trying and the first major defeat for the BJP in the Hindi heartland have all combined to open a new phase in Indian politics. How historic a shift this proves to be will be decided by the general elections of 2019. If the Sonia Congress is able to lead a new alliance back to power, then 2018 will mark an important milestone in Indian politics. If the BJP regains momentum and returns to power, then that development, too, could mark a new phase in Indian politics. Thus, the significance of the political developments of 2018 will in fact be settled only in 2019. The jury is out till then.